Bill Radke: Back in the States now, things are going to get worse before they get better. That is the view of leading economic experts starting a three-day conference this morning outside Washington, D.C. As our senior business correspondent Bob Moon tells us, these economists admit they’re still trying to figure out exactly where the economy is headed.

Bob Moon: Gather a group of top economists in a room, and what do you get? No dismal punch lines, please: These days, you’ll find a bunch of weary and fractured forecasters.

David Wyss: I’ve just never seen things fall apart, not just in the U.S. but around the world, so quickly.

David Wyss is chief economist at Standard and Poor’s. He says the fairly mild to moderate recession many economists were predicting as recently as a few months ago has taken a sudden, sharp turn for the worse. In fact, things are moving so fast, it almost has to suffice to say, “It’s bad.”

Wyss: I think any business right now knows that the economy is very uncertain, and the point estimates from the economists are not worth a heck of a lot. What is important is to understand what the degree of risk is, and that’s obviously increased sharply.

Wyss is somewhat less optimistic than his counterparts attending the conference at the National Association for Business Economics. While the group’s latest survey points to 3 percent growth next year, he’s sees just 2 percent.

Wyss: Some of us are really gloomy and some of us are mildly gloomy. The good news is we may see relatively good alcohol sales at the meetings.

Still, the group’s survey found at least some hope a recovery could start by late this year. 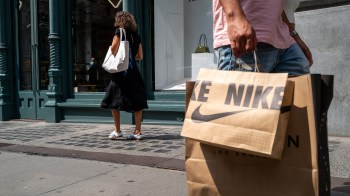 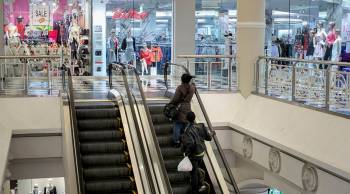