A little haggle can save a lot of cash

A little haggle can save a lot of cash

Steve Chiotakis: Art, pottery, jewelry, clothing. If you’ve been to some markets outside of this country, you probably know that there’s a little bit of negotiating that goes on during the sale. So in this economic fallout, are retailers here at home ready to bargain? We sent Cash Peters to find out.

Cash Peters: Things are really grim out there. Take Vlad Rifdin, for instance. He sells phones. Just not as often as he’d like.

Vlad Rifdin: People were telling me, after Christmas, as soon as everybody gets money in their pocket, they’re gonna go crazy and buy phones. They didn’t.

They didn’t. Which means, though, you can get real bargains by haggling. How great is that? So I went — ran, actually — straight to my local lamp store to haggle for a ceiling fan that was on sale.

Lamp salesman: No, we don’t sell it for a hundred dollars. If I’m not making any money behind it, why sell it?

Because any money’s better than no money at all, basically. Next, I went to a lingerie store, to buy a silky, floral-pattern nightgown for . . . you know, a friend.

Peters: How much is this?

Peters: I will offer you 40 bucks for it.

Lingerie lady: Doesn’t matter, for me, I’m not going to give you half of price. Unless I’m so desperate, but I’m not desperate yet.

Touche, Lingerie Lady. Anyway, in theory haggling’s great fun — it’s like shoplifting, only without the being arrested going to jail part. So why aren’t more people doing it?

Woman: I just think haggling is such a time-consuming, ugly business.

Woman: I don’t want things that much.

This appeared to be going nowhere. Until I reached Broadway Square Verizon, an independent — and very empty — phone shop, and I tried to buy a $400 Blackberry for half price. From Vlad Rifdin.

Rifdin: I would probably be able to pull a couple of strings and do something about it.

Peters: Well here’s the thing: Why don’t you just sell your Blackberrys for $100, and then people would be flooding the store?

Rifdin: Because people are willing to pay a lot more for those Blackberrys.

Peters: So you charge $400, just because people will pay it. 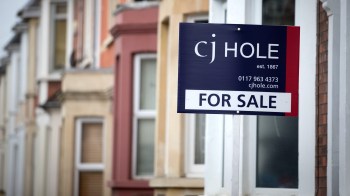