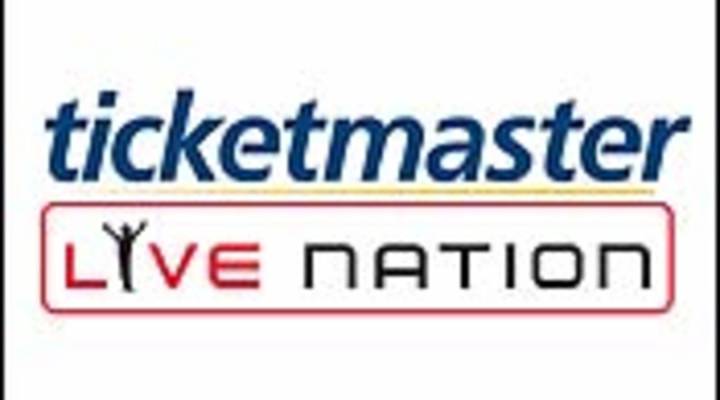 KAI RYSSDAL: There’s a concept in business called vertical integration. Where a single company controls both production and distribution of whatever it’s selling. That’s what popped into my mind this morning as I was browsing the Wall Street Journal.

The paper says two major players in the music industry are about to come together. That the world’s biggest concert promoter, Live Nation, and the ticketing and management giant Ticketmaster are in merger talks. If it comes to pass, a deal would create a single company that could handle almost every aspect of an artist’s career.

That’s one of the benefits of vertical integration, but it could also potentially drown out any competition, a downside of integration that’s called antitrust.

STACEY VANEK-SMITH: If the $740 million merger goes through, Live Nation and Ticketmaster would have ties to more than 200 artists like Madonna, Jay-Z and Miley Cyrus. The company would manage albums, concerts, careers and ticket sales.

SONG: You get the best of both worlds!

BOB Lefsetz: They solve each other’s problems. Live Nation can get rid of its own ticketing system that does not work. Ticketmaster can broaden their reach. It’s about making it so that Wall Street believes there’s more profitability.

And profitability for both companies has been a problem. Concert attendance is slipping. CD sales are dropping by about 20 percent a year. And downloads aren’t making up the difference.

To get more, music companies are cobbling together revenues from merchandise, sponsorships and online sales, says Russ Crupnick, an analyst with NPD Entertainment.

Russ Crupnick: The industry had one product and that one product was the CD. And where the industry is starting to evolve to is a web of all of these smaller revenue streams.

And the biggest of those is concerts, says analyst Bob Lefsetz.

The concert used to be the ad for the album, now the album is the ad for the concert. Lefsetz says, together, Live Nation and Ticketmaster could push smaller promoters out and dictate ticket prices. That could be a deal breaker for regulators worried about a music monopoly.