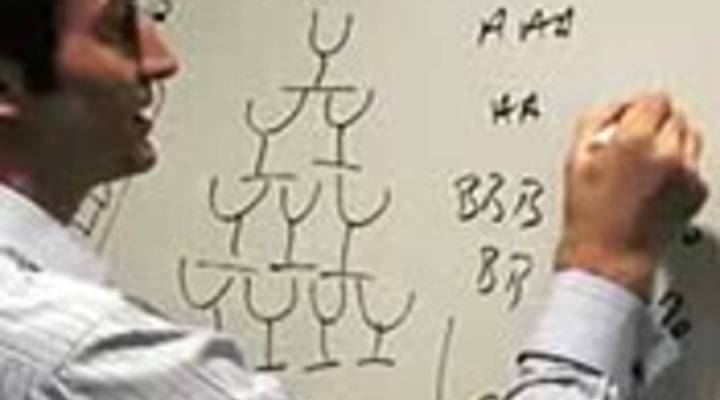 Breaking down the bad bank plan

Breaking down the bad bank plan

Paddy Hirsch: Last weekend, we talked to our own Bob Moon about proposals for nationalizing banks in this country. Basically, Uncle Sam would become the CEO of a number of troubled banks.

Well the solution du jour — or at least du week — is now something called a “bad bank,” and you’re likely to hear that term a lot over the next week.

I think we can all agree the industry needs a spanking, but we wondered exactly what purpose a bad bank would serve, so we went to Marketplace senior editor Paddy Hirsch.

Paddy Hirsch: Well, let me answer that with an example. One I like is the story of the Victorian story about the family with a crazy old uncle. This old uncle is giving them problems so they go and put him in an asylum. And that’s really what a bad bank is; it’s taking stuff it doesn’t want and locking it in a box and it’s keeping it’s fingers crossed.

Essentially, the government would go out and buy all the stuff that banks don’t want on their books and hold onto it in a separate “bad bank.” But Paddy says there are a couple of big issues to consider.

And the downsides don’t end there.

And what if your mortgage is one of the ones that ends up inside the “bad bank?”

Hirsch: The great thing about this is it gives the government carte blanche to go and deal with those loans themselves. So the government could go and say, “Let’s help you out with that loan, Mr. Homeowner. We’ll help you with a repayment schedule or we’ll adjust your rate.”

Paddy tells us the other upside is that with all the bad stuff taken off the banks’ books — those “toxic assets” we hear so much about — banks could start acting like banks again.

Hirsch: And that’s going to allow them to go on and do what they do best, which is to make savings and loans and help people with their investments, and hopefully that will reinvigorate the economy down the line. The crazy uncle could in fact have a complete recovery.