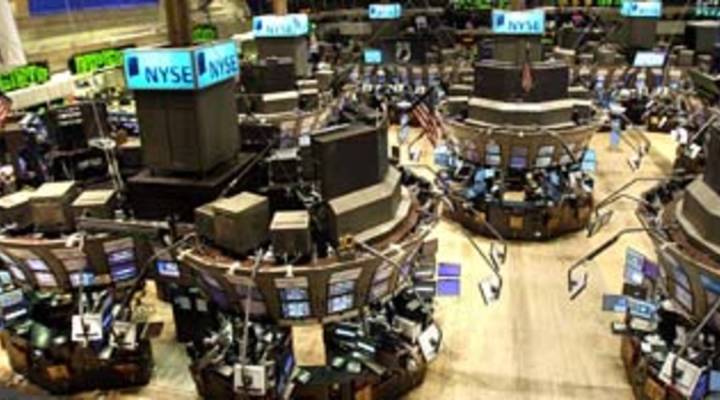 Ringing in the new trading year

Ringing in the new trading year

Tess Vigeland: For the last six months, at least, it’s been tough to trust any brand name or institution or financial strategy. Seems no one was spared from the financial crisis of ’08. So as we head into this new year, is there any hope for redemption?

For some perspective we turn once again to Jack Bogle, the founder of Vanguard. He’s got strong ideas about the market — how it works, how investors should use it, and how they shouldn’t.

Mr. Bogle, a Happy New Year to you.

Jack Bogle: Same to you. I hope it will be better than the previous year.

Vigeland: I certainly agree with you on that one. Last time we spoke with you was on Sept. 19. At that point the Dow was at 11,388, we had had a terrible week of losses, and I asked you what you were doing with your money and you had a great one-word answer; you said, “Nothing.” I wonder, since then we’ve lost 3,000 to 4,000 points off the Dow, so I must ask you again. What are you doing?

Bogle: And the reason I am — you know, we all have different circumstances. And the reason I do nothing is because I was basically very well prepared for the unpleasantness that we had in the year 2008. But simply by following the basic rules of investing that I’ve been promulgating for years, if not decades. And that is, first, don’t forget bonds. Stocks are risky; yes they have the greatest opportunity, but they also have the greatest risk. You know, you never know when you’re going to get a 2008 — one of the worst years in market history. And so you’re prepared for that by having a bond position that’s something to do with your age. It’s a rule of thumb, for example, if you’re 65 years old, you would have 65 percent of your portfolio in bonds. Well, I’m older than 65, so I had an even higher percentage in bonds. And the bond market’s up a hair, depending on which part of it you look — Total Bond Index up one or two percent, and Total Stock Market Index is down something like 40. You do the math and my overall account is probably down ten percent or 12 percent, something in that nature.

Vigeland: Well, let me ask you. It seems like there are a lot of lessons that can be learned from last year. We as investors, I think, tend to get caught up in, you know, what’s hot. You know, whether it’s the housing market, or dotcoms–

Bogle: Or private equity or commodities.

Vigeland: Exactly. How do we get ourselves out of the habit of chasing those rumors.

Bogle: First, every person listening to your show should ask the first central question: Am I an investor, or am I a speculator? Investing is a broadly diversified program and buying a holding that and letting corporations earn a return on that capital. Speculation is playing the stock market; betting that someone will buy a stock for more than you paid for it. And it turns out, I think more obvious than ever in 2008, the stock market is a giant distraction to the business of investing. Think about that for a minute.

Vigeland: Yeah. That’s not something that you would generally think of. I mean, we’re all told that the stock market is where you have to be — that’s the only place that is going to give you the kind of return that is going to allow you to, say, retire.

Vigeland: If you look into your crystal ball, as we now head into 2009, what are you expecting to see?

Bogle: No one can forecast — at least I can’t. Maybe there are people that think they can.

Bogle: Although, when I looked at the big Wall Street strategist predictions for 2008, and I think in general they thought the market would close the year at about 1,650, we now know that it’s about half that level today. So forecasters can’t forecast. So why, why, why would poor Bogle try to join the parade? I can’t. But in the long run, we know that the market returns come from dividend yields and earnings growth. And the dividend yield is three percent now. Of course, we don’t know whether the dividends will be cut a lot or not. I suspect that dividends will continue to hold their own and maybe even grow modestly. The other, basically unknown secret of investing is that our corporate earnings grow at the rate of our economy. If the economy is going to grow at a nominal rate of about five percent, well guess what? Corporate earnings will also grow at about five percent.

Bogle: I’d say, “Sir, you are a man with very good judgment and have come to the correct conclusion. Wall Street has betrayed your trust. What else can I say? So, how do you get out of Wall Street? What we have to understand is that in the food chain of investing, and the investor — that is you, sir — are sitting at the bottom of the food chain. It is ever, thus, you get what’s left of the market’s return after the croupiers take, break their share off the top. That’s why the croupiers win in Las Vegas, that’s why the state wins the lottery — it goes on and on. So, stay out of gambling in the stocks. And the way to own corporations, therefore, and the way to get yourself to the top of the food chain, is to squelch or squash those intermediation costs. And the best way to do that is to diversify and own in essence, in principal at least, every company in America, and hold it forever. And then you will get the corporate return, and Wall Street won’t get its share. It’s called the Total Stock Market Index Fund, and I’m not at all embarrassed to say I started the first index fund way back in 1975. It was called Bogle’s Folly at the beginning. All it was, was based on the simple rules of mathematics, and that is all investors as a group share the market’s return, the market’s return after costs. And since those costs run something like two and a half percent, if the market gives an eight percent return, you will get between five and a half and six percent return.

Vigeland: Jack Bogle is the founder of Vanguard and a good friend of the program. And boy, I hope when we talk to you again later this year, that we can say it’s at least been a better 2009 than 2008. Thanks so much for your time.

Bogle: OK. Good to be with you, always.