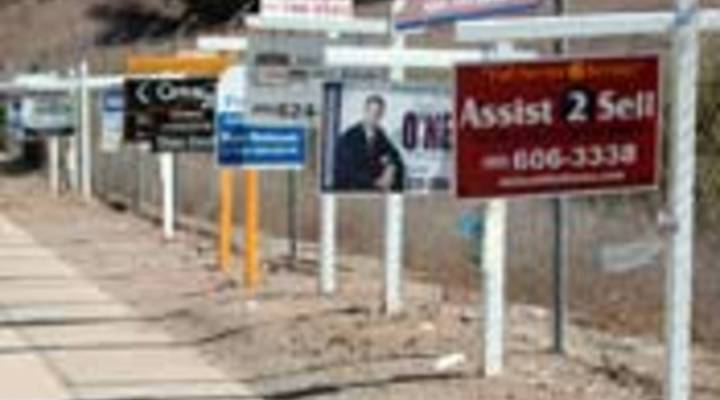 Looking back at 2008’s housing crisis

COPY
A row of for-sale signs near a subdivision in Chino Hills, Calif. Bob Moon / Marketplace
Fallout: The Financial Crisis

Looking back at 2008’s housing crisis

TESS VIGELAND: Just when you thought it was safe to put ’08 behind you, a reminder of months past: Today Bank of America finalized its purchase of Merrill Lynch. That makes it the largest U.S. bank with some $2.7 trillion worth of assets.

You may remember the merger was announced a scant hour before Lehman Brothers collapsed on September 15th, adding to the list of awfulness that already included Bear Stearns, Fannie, Freddie, IndyMac, and eventually engulfed WaMu, Detroit, and the bailout.

But here’s the remarkable thing: All of it — everything — began with the collapse of the housing bubble.

Nic Retsinas is the director for Harvard University’s Joint Center for Housing Studies.

Hi, Nic, and welcome back.

NIC RETSINAS: Nice to be with you.

VIGELAND: So the subprime mortgage story really started at the beginning of the year last year and rolled into this one. But what was the housing story this year, do you think?

VIGELAND: Let’s talk about what the government tried to do to help homeowners this past year. We had programs called Hope Now, Project Lifeline. . . . But, you know, if memory serves, the government itself even said, “Yeah, those didn’t work.”

RETSINAS: Good intentions. But if one looks back with all the, I might add, clarity of hindsight . . . you know, back a year from now in November 2007 the initial government response was voluntary modification — modifications of loans by the banks where investors and borrowers would come together and agree on a way out. That didn’t gain much traction. Indeed, the problem got worse and worse. And now we’re well beyond the phase where voluntary modifications is going to get us out of this.

VIGELAND: Even the modifications that were done, a lot of those people ended up in foreclosure, anyway.

RETSINAS: According to a recent study by the Comptroller of the Currency, over half of the loans that were modified at the beginning of the year have re-defaulted. Calling into question whether the loan modifications, in fact, were truly modifications or they were just very temporary stopgap measures.

VIGELAND: So, Nic, what should have been done? And what might still be possible to save us from this ongoing foreclosure problem?

RETSINAS: Let me start at the end. At this point I don’t know whether it’s possible to be saved. Matter of fact, I think we’re really at the end of the beginning of the problem. Because, with people losing their jobs, that puts a limit on any kind of modification. Because even if you reduce an interest rate or extend a term, if you’re not working, you can’t pay it back. But that doesn’t mean we shouldn’t still attack this problem. I do think we need to have a much more activist government. I think we should revisit bankruptcy reform as a way to encourage investors and servicers and lenders to be more aggressive in trying to stem the tide of foreclosures.

Because, Tess, everything is related to everything. The foreclosures is one of the reasons we have widespread price declines. And if prices continue to decline, buyers will continue to stand on the sidelines.

VIGELAND: But you still hear this argument from folks who say, “You know what, I pay my mortgage. Why should I be responsible for helping the people who made such big mistakes?”

RETSINAS: And that is a very, very legitimate question. Part of the answer to that is the externalities. By that I mean, if your neighbor loses their home and their home is foreclosed upon, just that mere reality, that mere fact, lowers your home. American households have lost over $3 trillion in wealth because of the declining housing market. I would submit that would argue for some kind of intervention — understanding that, in the end, we may end up helping some people who don’t deserve to be helped. But by standing on the sidelines, matters can only get worse.

VIGELAND: Nic Retsinas heads up Harvard’s Joint Center for Housing Studies. Thanks so much, as always. 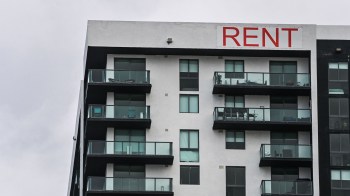