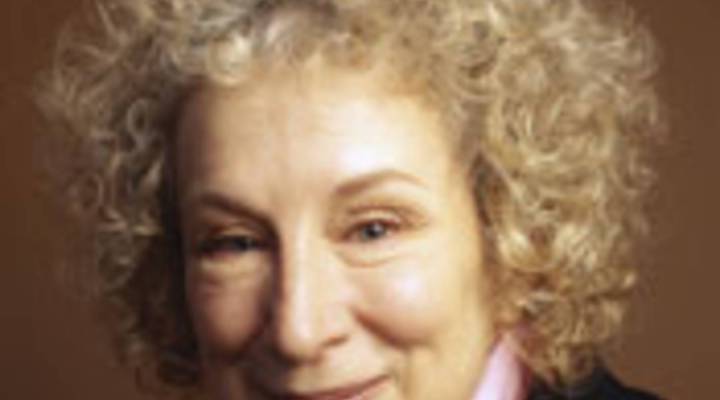 Learning to believe in banks

Learning to believe in banks

Tess Vigeland: Here’s one bright spot in the personal finance headlines: The Federal Reserve tallies up our collective debt load each quarter. And for the July-to-September time frame, we reduced our debt by almost a full percentage point. First time that’s happened since they started keeping records more than 50 years ago. Yay us!

Credit has been a meta theme throughout this financial crazytime. Back in October, we talked to Margaret Atwood, the Booker Award-winning author and poet, about her new book, “Payback,” which looks at why we owe and who we pay. It’s such an eye-opening take on our credit obsession that we decided to cap off 2008 with an extended version of that interview. Atwood says she began thinking and writing about debt three years ago, well before the current mess.

Margaret Atwood: I came to it originally through literature. The 19th-century novel which I at one point studied has a lot of money themes in it. It was the age in which capitalism was really expanding, and people didn’t understand how it worked. Not that they do now, but oh, you would have booms and busts and people would lose their savings, and that got into literature. Also from my own childhood, money was one of those things — the other two being sex and religion — that you were not supposed to discuss at the dinner table. And especially you were not supposed to discuss how much money anybody made — that was considered very rude. So everything that children are told not to discuss, of course, they become very curious about.

Vigeland: Well, I wonder, given all the literary references that you talk about in the book, where there is just this constant cycle throughout civilization of credit and debt, what do you think about predictions that this time, we will learn? This time, we will change our habits?

Atwood: Hahahaha, cackle, cackle, cackle. OK, first of all, the whole idea of debt and credit, you know, borrowing and lending, is based on a very fundamental human thing, and that is the sense of fairness.

Vigeland: Do you wonder at all if we’ve gone beyond the point of bothering to think about fairness?

Atwood: The sad truth is that a lot of the hyper calculations that are going on in the financial world are not even done by people. They’re done by computer programs. And when you remove the human element, you remove something that really, really needs to be there. A positive way of looking at debit and credit is it’s a glue that holds society together. I lend to you, you lend to him, he lends to her, and out of those lendings, in the most positive scenario, something good can grow. Somebody starts a business, somebody buys a house. When credit dries up completely, you have a Scrooge situation in which Scrooge has a lot of money, but he does nothing with it; he just sits on it. And therefore it accomplishes nothing in the world, it doesn’t make anything happen.

Vigeland: You come back to Ebinezer Scrooge quite a bit in the book, and I wonder if you could share with us — I just love this, I did not know this — the origin of his last name.

Atwood: Scrooge, Scrooge. Dickins was very fond of these names that call something to mind. So “Scrooge” is a portmanteau word that combines “screw” and “gouge.”

Vigeland: I think when you’re talking about governments and even large corporations, I was very interested in your trickle-down theory of debt — which I think is what we’re now experiencing, and we’ll probably experience for months and years to come.

Atwood: We’ve heard about the trickle-down theory of wealth, and it’s always interested me that they didn’t say the gushed-down or the, you know, rushing torrent-down. Unfortunately, the trickle-down theory of debt, in which a big institution or debtor falls a whole lot of little ones get crushed underneath, that is more than a trickle. It’s more likely to be something like a piano falling on top of you. And that is why getting into a huge hunk of debt and then not paying it has a moral price tag attached to it, because it hurts other people.

Vigeland: And certainly, that’s where the notion of trust comes in again. I mean, if you had nothing to do with the financial system crumpling around you, how can you ever trust it again?

Vigeland: And what does history teach us the answer is?

Atwood: History teaches us . . . history . . . haha, I don’t actually know, I’ll come up with something . . . hahaha. History teaches us that we’re going to go down until we hit the floor. And that floor is the moment in which people say, OK, it’s not going down any further, we trust that it’s not going down any further. So this is the floor and it’s called a floor because we can stand on it again. nd then things can start being constructed from the ground up again.

Vigeland: I wonder if you wouldn’t mind reading a couple of sentences for me from the beginning of the book where you pose a question that seems to have led you into writing the book itself, and then I’ll ask you to answer that question. It’s page 6.

Atwood: OK, here we go: “I knew from fairy tales such as ‘Peter Pan’ that if you ceased to believe in fairies, they would drop dead. If I stopped believing in banks, would they too expire? The adult view was that fairies were unreal and banks were real, but was that true?”

Vigeland: And did you find an answer?

Atwood: The answer is that money and banks and all of these kinds of institutions that we have built up, they’re all human inventions. And therefore, they have a very large element of existing so long as we believe in them. Money is really just a sort of Monopoly token. I mean like, it’s a symbolic thing, you can buy Park Avenue with it. But if you just keep it in your hand, it’s not good for anything. You can’t wear it, you can’t eat it, you can’t smoke it. It’s just a token. Similarly with banks. Part of our belief in banks is that they’re safe. If we stop believing they’re safe, the bank actually vanishes because nobody will do business with it or put money into it. Wouldn’t you say that’s true?

Vigeland: Margaret Atwood, it’s been such a pleasure to speak with you. Thank you so much.

Atwood: And let us hope we all regain some kind of faith and trust based on something solid pretty soon.

Vigeland: Margaret Atwood is the author most recently of “Payback: Debt and the Shadow Side of Wealth.”