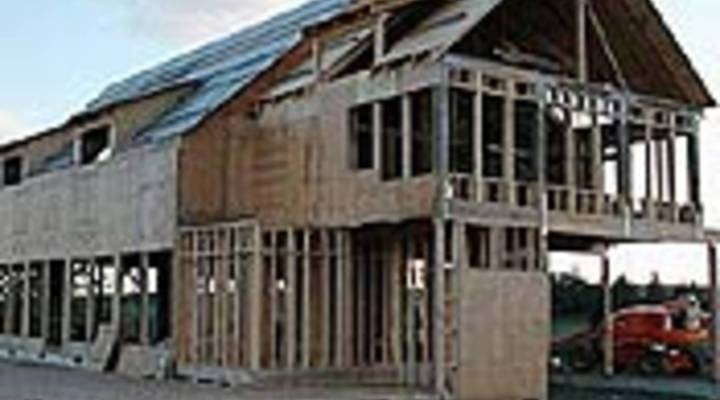 TESS VIGELAND: Layoff announcements are coming fast and furious these days. This week the book publisher MacMillan said it would cut 4 percent of its workforce — 64 jobs. The Massachusetts Turnpike Authority is letting 20 toll collectors go. Best Buy is offering buyouts to all of its corporate headquarter employees. One of the hardest hit industries is a natural casualty of the housing bust. The Commerce Department says construction of new homes fell in November by almost 20 percent. I spoke earlier today with someone who’s experiencing those numbers in real time.

Keith Knowles runs a construction and solar installation company in Oregon. I asked him how business was faring.

KEITH KNOWLES: Um, it’s been a challenge this year. We’ve been through a couple rounds of layoffs and have been scrambling to keep it all together.

VIGELAND: How many people did you have to lay off?

KNOWLES: We’ve laid off six people over the last year.

VIGELAND: And what percentage of your staff is that?

KNOWLES: Pretty much almost all of them.

VIGELAND: Almost all of them. Wow.

KNOWLES: Yeah, like I said, we’re a small company. My father an I run the company and we’re back behind swinging a hammer and running a saw to keep things going.

VIGELAND: Can you describe what it’s been like to actually have to go through the process of laying people off?

KNOWLES: I have been laid off twice in my previous career in marketing and advertising, so I know what it’s like to be sitting on that side of the table. My goal has always been to try and give people great work in this industry and well-paying jobs and health insurance and vacation. And so it’s hard to know that you’re having to let somebody go who maybe just had a baby or has a family.

VIGELAND: What do you think is worse, being fired or being the one who is doing the firing?

KNOWLES: I think it’s the one doing the firing. In being laid off, I suppose, there’s a sense of freedom to be able to then go explore something new or do something different. But we’re letting people go into an economy where unemployment’s continuing to rise and it’s getting harder and harder for people to find jobs. So, for that reason it’s, I think, for me it’s been really hard to have to let people go.

VIGELAND: Do you have any sense of how long it might take before you can build up your staff again?

KNOWLES: Um, I’m not really sure what 2009 holds yet. We’re still trying to figure out what kind of work we’re going to have and how it’s going to go. We’re hoping that with the expansion of the federal tax credits for renewable energy that will help incent some additional solar projects. And so I’m thinking, if we can make it through the winter and get into the spring, we might start to see a rebound next spring.

VIGELAND: Well, Keith Knowles of Robert Knowles Construction Co. in Newburg, Oregon, thanks much for your time and best of luck to you.

KNOWLES: Thank you, very much. 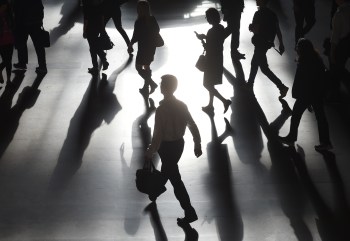