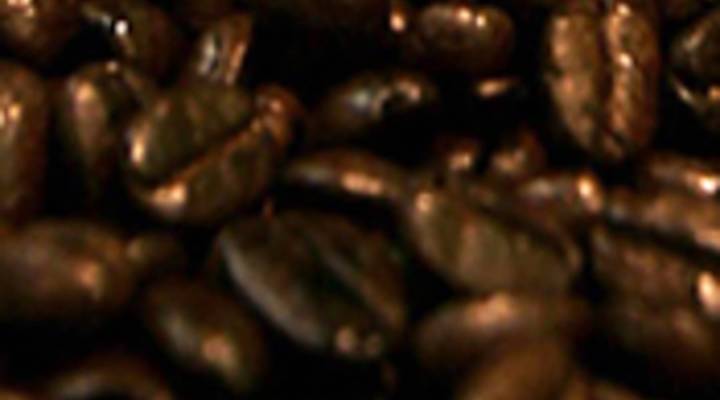 Coffee jacked up on shorter supply

Coffee jacked up on shorter supply

Scott Jagow: We talk a lot about oil prices on this program, but not as much about that liquid you drink every morning. Coffee is the world’s second-most traded commodity. And it’s getting more expensive. Here’s Stacey Vanek-Smith.

Stacey Vanek-Smith: When the price of oil spiked, so did the price of fertilizer. Coffee farmers couldn’t afford as much for their crops, and now the world might be facing a coffee shortage.

Brazil produces about a third of the world’s coffee, and growers there say their crops will be about 20 percent smaller next year. That news has already jacked up prices.

Lovell Jarvis is an agriculture economist at UC Davis:

Lovell Jarvis: In this type of market, one would expect the prices would be passed on fairly quickly to the consumer.

The global coffee market is worth more than $40 billion, and is expected to balloon to about $60 billion by 2012. Still, Jarvis says, coffee fiends could get break.

Jarvis: Consumption has been declining a little bit because of the economic recession. It doesn’t take but a relatively small decrease in consumption to drive that price down.

Still, the International Coffee Organization predicts demand for coffee will outstrip supply by about 6 percent next year.