Kai Ryssdal: The shocker story of the day come to us from the great state of Illinois where Governor Rod Blagojevich has become the latest in a long line of chief executives in the Land of Lincoln to have problems with the law.

Blagojevich was arrested this morning on charges of fraud and bribery. That includes, prosecutors say, conspiring to sell President-elect Barack Obama’s recently vacated US Senate seat to the highest bidder. Marketplace’s Jeremy Hobson reports that political power might be the one market that’s recession-proof.

Patrick Fitzgerald: I’ve got this thing and it’s bleeping golden. And I’m just not giving it up for bleeping nothing.

Those are allegedly the words of Governor Rod Blagojevich recited today by Federal Prosecutor Patrick Fitzgerald.

Fitzgerald: And Governor Blagojevich talked about selling this like a sports agent.

The price for that safe Senate seat? A job on a corporate board for his wife that would bring home about $150,000 a year. And a substantial salary of his own for a do-nothing job at a foundation. Seems like a steal, so to speak.

Melanie Sloan: If you are the governor of Illinois, you’re in a position to make a lot of money, not just a little money.

That’s Melanie Sloan of Citizens for Responsibility and Ethics in Washington.

Sloan: And yet, repeatedly, we see politicians take, not in the millions of dollars, which we might expect and which by the way we do see in foreign countries all the time. We see them in the United States selling themselves for a few thousand dollars a shot.

Sloan says, amazingly, the price for access to power hasn’t risen with inflation over the years. A former Rhode Island governor went to jail for taking about $300,000 in bribes for state contracts almost 20 years ago. Indicted Congressman William Jefferson was busted last year after $90,000 of alleged bribe money was found in his freezer.
And Ted Stevens, the recently convicted senator from Alaska?

Talk about a deflationary spiral.

But Governor Rod Blagojevich hedged his bets by allegedly practicing corruption on a number of fronts, including going after favors related to the sale of Wrigley Field and seeking campaign contributions in return for funding a children’s hospital. 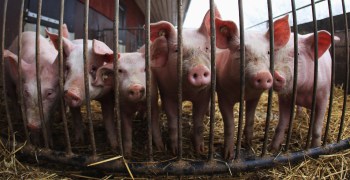