Not a good time for a hiring freeze

Not a good time for a hiring freeze

Bob Moon: Chrysler isn’t saying how many white-collar workers have accepted the company’s buyout and early retirement offers. The deadline for their final decision is this weekend. But already, the automaker is saying it may still have to make more involuntary layoffs. The company’s aiming to eliminate a quarter of its salaried and contract work forces. We’ve been hearing the layoff headlines every day. It’s become a common tactic these days to improve the bottom line and help companies survive tough economic times. The strain that’s putting on American workers is getting a lot of attention. But Commentator Amelia Tyagi asks a contrarian question — are troubled corporations going far enough?

Amelia Tyagi: What most people don’t realize, is that with every mass layoff comes a quiet memo from the top: “Hiring freeze, effective immediately.” No new employees, no new consultants, no new bodies walking in the door. Period.

But this is precisely the wrong moment for hiring freezes. With a stroke of the pen, managers at struggling companies have effectively cut themselves off from fresh perspectives and new ideas, just when they need them most.

No, I haven’t lost my mind, and I’m not a sadist bent on destroying lives. I’m not talking about simply replacing one warm body with another to do the same old job in the same old way — that would be foolish. Nor am I suggesting that the rank and file should be replaced. Rather, this is a moment when companies should rethink and restructure critical executive jobs, explicitly giving top priority to innovation and change.

Try some trade-ins at the top. If a company lays off 30 percent of the workforce, then at least 30 percent of the executives should be replaced with new managers. After all, does anyone believe that the same people who ran the company into trouble are exactly the right people to turn things around?

Companies should also scrap the part of the memo that forbids any contractors. A downturn is the perfect moment to bring in a few contractors in key positions. You can bring them in for fresh ideas, and then send them on when the work is done.

Let’s face it. In this tough economy, there are some really talented people who are looking for work, and who would love to help a struggling company turn itself around. There are also some managers who have been in the same job at the same company for way too long, and the bottom line shows it.

So scrap the hiring freeze, and make room for real change. 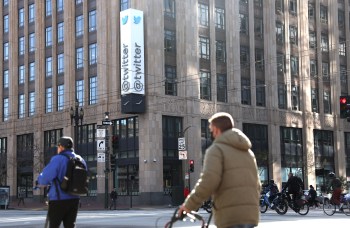 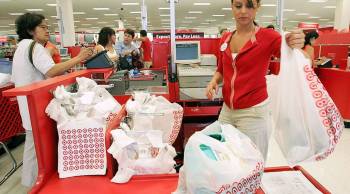 End of seasonal job? In a tight hiring market, you might get a full-time gig