Bob Moon: If you hadn’t noticed, we’ve been following a common theme for this holiday program. Our focus is on generosity. So what does that buy you? We’ve all heard that money can’t buy you love, and a lot of people agree that you can’t buy happiness. But if you have enough of it, there’s a whole lot you can buy, including a chance to change people’s minds.

Our next story is about branding, about a software millionaire in Denver, using his money to try to influence public perception. Marketplace’s Jeremy Hobson has our tale.

JEREMY HOBSON: This is the headquarters of a Denver nonprofit called the Latina Initiative, and organizers are training volunteers for a voter registration drive.

TRAINER: So the first question, Are you a citizen of the United States?

Across town, at the Denver Center for the Performing Arts, artistic director Kent Thompson is planning a season of theatrical productions.

And about 70 miles to the south Rosemary Harris sits in her office at the Colorado Springs chapter of the NAACP.

ROSEMARY HARRIS: We adopt schools. We will give complete backpacks of supplies to every student in the fifth-grade class this fall.

These organizations all have something in common. They get money from the same funder.

MARY LOU MAKEPEACE: My name is Mary Lou Makepeace, executive director of the Gay and Lesbian Fund for Colorado.

Mary Lou Makepeace is the former mayor of Colorado Springs. Now, she’s helping software mogul Tim Gill, who is gay, give his money away. He founded the Gay and Lesbian Fund for Colorado 12 years ago, and it’s already given away $20 million. But it has a novel approach — it funds only non-gay nonprofits.

MAKEPEACE: They have to be a 501(c)(3), they have to provide services in the state of Colorado, and they have to include sexual orientation and gender expression in their personnel policies.

They also have to prominently display the name of their funder — the Gay and Lesbian Fund for Colorado. Here’s David Zupancic back at the performing arts center.

DAVID ZUPANCIC: Those logos go on everything from the envelope that people get when they walk up to the counter and buy tickets, to a banner in the lobby, to television advertising.

I even heard the name on the radio…

UNDERWRITING ANNOUNCEMENT: Colorado Public Radio is supported by the Gay and Lesbian Fund for Colorado.

Now, huge swaths of Colorado would never be described as gay friendly. Colorado Springs, for instance, is home to several big Christian conservative organizations that openly condemn gays and lesbians.

TV NEWS REPORT: We have dignity — yeah! We have integrity — yeah!

In 1992, Colorado voters passed an amendment preventing the state from specifically protecting gays from discrimination. Tim Gill responded by starting two philanthropies. One to fund gay causes. The other, the Gay and Lesbian Fund for Colorado, to gain acceptance for gays among the non-gay community.

TIM GILL: People have sometimes been scared of gay, and so by putting it there in all these completely safe places we kind of make the word innocuous.

EILEEN HEISMAN: You know, in the corporate world you can buy advertising to change your image. In the philanthropy world, that’s not recognized so well. So you can do it through recognition for the grants that you make.

HEISMAN: Money can’t buy you love, but it can certainly buy you lots of friends.

The grants Tim Gill’s organizations make are relatively small. They average less than $10,000. But the fund makes 200 of them a year.

HOBSON: At what point do you feel that your mission has been accomplished?

GILL: You know, if . . . if at some point gays and lesbians achieve substantial equality in society, then maybe I can start funding nuclear physics research or something — and that would probably be fun, too. But for right now that’s where it’s going. 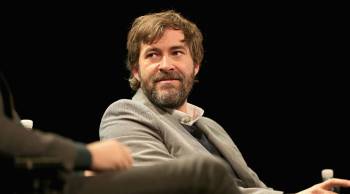