KAI RYSSDAL: Just a couple of months ago, we were doing a whole slew of stories about commodities. How prices for not just oil, but grains and metals too were going through the roof. It got so bad that people were stealing things like statues, aluminum siding and electrical wiring and sell them off for scrap and making a pretty penny at it, too.

But if the last two or three months have taught us anything, it’s that the economics of any given industry can turn on a dime. With growth slowing all over the world the metals market is having a crash of its own. And those falling prices have created a whole new set a problems. As Marketplace’s Jeff Tyler explains.

JEFF TYLER: At a Los Angeles scrap yard, big machines move mountains of old aluminum siding. It looks like business as usual. Not so, says Scott Horne with the Institute of Scrap Recycling Industries.

Scott Horne: We are seeing some very frightening things happening that really haven’t occurred before.

For years in this business, your word was as good as a contract. But with commodity prices falling, scrap dealers are finding that global trade partners aren’t honoring their deals.

Alan Alpert is president of Alpert & Alpert Iron & Metal in Los Angeles. He says trade partners in Asia, mostly in China, have done the unprecedented.

Alan Alpert: Companies are either canceling contracts, reneging on certain deals, attempting to renegotiate the pricing.

When a foreign buyer refuses delivery, sellers like Alpert have limited options.

Alpert: Bringing it back, which is very expensive. Finding some other consumer that will accept the material, which at that point, you have to deal with the collapse in the price.

In the last few months, copper prices have fallen 52 percent and nickel is down 43 percent. A Chinese firm, for example, can buy metal on today’s market for much less than it contracted to pay a couple of months ago. And Alpert says that’s exactly what’s happening.

Alpert: It is widespread and truly unbelievable based on the previous history of how this business is normally conducted.

In the scrap industry, contracts are relatively new.

Horne: Mega-million deals were done on a handshake.

When metals prices were sky-high, Alpert honored his word even if it cost his company money.

Now that the shoe is on the other foot, some Chinese firms are sacrificing business relationships for short-term profits.

Horne: It’s going to have long-term implications for some of these buyers. I don’t think they realize what they are doing to themselves.

Workers at the scrap yard spend a lot of time sorting metal. In the future, sorting is something Alan Alpert will do with trade partners.

Alpert: Now the question is, Who can you trust to do business with? If you’re not sure that you will get paid the price that you have contracted for, everything goes out the window.

Unscrupulous foreign firms may find that when the economy recovers and they need more metal, they have undermined their ability to keep those supply lines open. 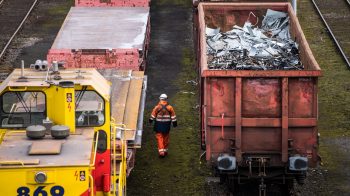 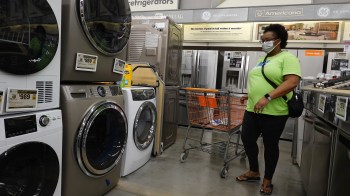