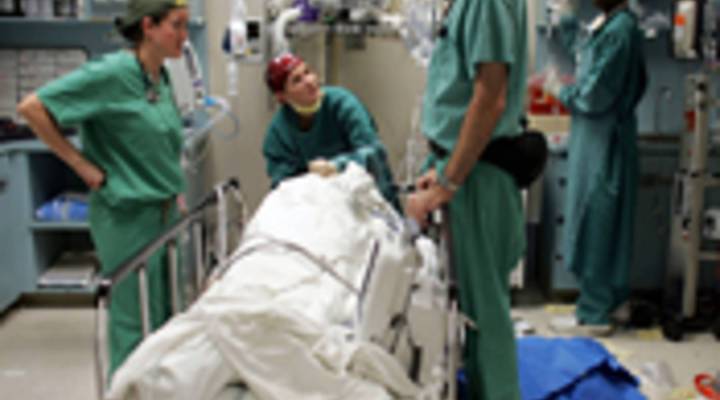 U.S. overdoing it with medical testing

U.S. overdoing it with medical testing

Steve Chiotakis: A Health Affairs Journal study that comes out today says all those CAT scans and MRIs you’ve had to order up are a bit much. Marketplace’s Stacey Vanek-Smith takes a look.

Stacey Vanek-Smith: More than 95 million MRIs and CAT scans are performed every year in the U.S. That number’s climbed 40 percent in just five years.

Study author Laurence Baker is a professor of health research and policy at Stanford University:

Laurence Baker: It’s been possible under the Medicare program for doctors to be quite well-paid doing imagings. And that drives folks to look at imaging or to adopt equipment. And once equipment gets put in, there’s a lot of pressure to use it.

James Unland: I would say that somewhere between one-third and one-half of all medical testing is unnecessary.

Unland says part of the problem comes from patients who demand tests that aren’t needed. And, he says, doctors can get paid more when they prescribe extra procedures. But Unland says a crackdown may be on the way, if the Obama administration reforms health care.