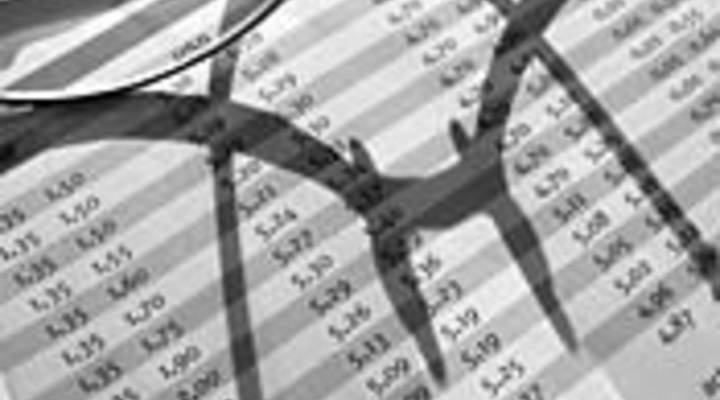 Private equity in a credit freeze

Private equity in a credit freeze

Kai Ryssdal: The list of losers in the financial crisis is already pretty long: Wall Street banks, hedge funds, mortgage lenders, not to mention American consumers and taxpayers. Didn’t want you to think I’d forgotten about them. But, don’t forget about private equity groups, too. Those huge piles of privately controlled capital that’re used to buy up attractive companies.

Until a couple of years ago, the only people who really talked about private equity firms were Wall Street insiders and us, sometimes. Then companies like The Carlyle Group and KKR and Blackstone started pulling off multi-billion dollar deals and making headlines. And they were able to do it thanks to easy credit.

Marketplace’s Stacey Vanek-Smith explains what happens to private equity now that credit has dried up.

Stacey Vanek-Smith: Private equity firms are known as the scavengers of Wall Street. They buy up vulnerable companies and either fix them up and take them public, or sell them for parts. Here’s Danny DeVito as Larry the Liquidator.

Tape of Danny DeVito: You got equipment here that costs $120 million. Even at salvage it’s worth $30-35 million.

Jorgi: You can’t come into my town, take my company, you can’t do that!

DeVito: What have you been living on Mars, Jorgi? It’s called a corporate takeover.

Private equity firms financed those deals mostly with debt. And as borrowing got easier and cheaper over the last five years, targets got bigger. Suddenly, even multi-national corporations were within reach. Adam Lashinsky follows private equity for Fortune magazine.

Adam Lashinsky: Just in the same way that a homeowner who couldn’t afford a home could get a mortgage for it anyway, a private equity firm could get so much debt so inexpensively, that it could get bigger companies than it ever could before.

Susan Chaplinsky: They became a much, much larger share of our economy. If the companies don’t perform well, the impact on our economy is going to be much larger and more significant.

That’s already happening. Blackstone went public last year for $31 a share. It’s now trading at less than $9 a share. TPG and Apollo borrowed $9 billion to buy Harrah’s. Since then, the casino giant’s profits have collapsed. Chaplinsky says a lot of private equity firms owe more on their deals than those deals are now worth, and some may not survive.

Chaplinsky: I think you will see a shakeout. A reordering of the industry and the weaker firms fall out and the better firms grow stronger.

Private equity deals are down more than 70 percent from last year. But for companies with cash, it’s prime shopping season.

Joe Schocken: There are tremendous opportunities being created in this economy.

Schocken: We are focused on a whole series of new investment opportunities in health care, in information technology, in the environmental services, in financial services and in infrastructure.

But it’s not private equity business as usual. Gone are the days of cheap debt and massive leveraging.

Stewart Kohl: Attention to basic credit standards, basic underwriting and fundamental value — that will all be back. And honestly, it should never have gone away.

That’s Stewart Kohl, a CEO of The Riverside Company. The Cleveland-based firm has been taking companies private for 20 years. He says bargain shoppers could see stellar returns.

Kohl: In private equity we often use the term of vintages. And 2005-2007 might not come out of the wine cellar with great returns. But 2009 through 2010 or ’11 might generate exciting returns.