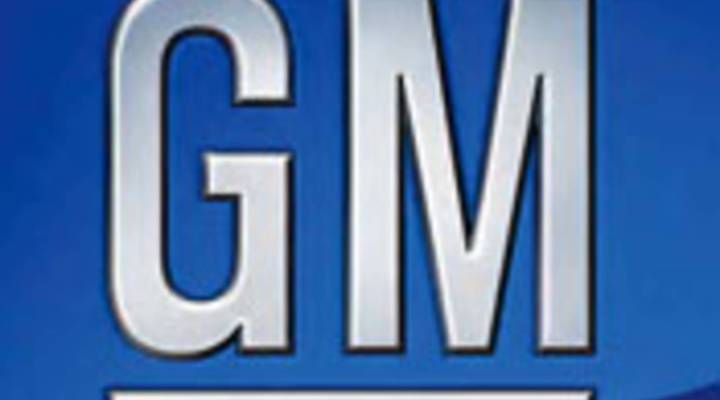 For GM, the bad news keeps on coming

For GM, the bad news keeps on coming

Kai Ryssdal: Here’s how perilous things are for General Motors: Not only are they in talks with Chrysler about a merger to see both of them through to the other side of this recession, but Japan papers say GM CEO Rick Waggoner is going to meet with executives at Toyota to ask them for help, too. Meanwhile, GM announced today worldwide sales fell 11 percent last quarter.

There’s still no word on whether Washington’s going to pony up the $10 billion GM says it needs to make the Chrysler deal work. And there are reports the company’s going to cut costs by cutting back on new products. Interesting decision, seeing as how they got into trouble in the first place by not making cars Americans wanted to buy in the first place.

Renita Jablonski: Here’s one way to save $1.5 billion: stop spending on engineering, design and development. That’s what GM plans to do in 2009 and 2010, according to a report today in Automotive News. GM Spokesman Tom Wilkinson says slow down.

Tom Wilkinson: GM is continuing to invest in the cars and trucks that will make a difference for the company.

But the report says the spending cutback could delay the introduction of key products like the Chevy Cruze. The compact is expected to get about 40 miles a gallon on the highway. Jim Cashman is a management professor at the University of Alabama. He’s also been a consultant to companies including GM for about 20 years. Cashman says he wouldn’t be surprised if GM slashes development budgets.

Jim Cashman: They have little choice.

Cashman says putting development spending in the garage can be an effective way to cut costs, so long as it doesn’t go on too long.

Cashman: What is absolutely fundamental to the future of the Big Three and GM being way up in front of that is to build in much more ability to react to customer shifts in demand.

Cutbacks, wherever they come, will not include the Chevy Volt, the plug-in car expected in a couple years.
GM’s also planning to re-introduce an oldie and what it hopes is a goodie. GM’s Wilkinson says a new Camaro may have the muscle to pull in new buyers.

Wilkinson: A lot of the people that used to buy Camaros, a lot of them actually went into full-size trucks.

That they’re now looking to get out of.

After GM, the autoworkers union will turn to Ford and Fiat Chrysler