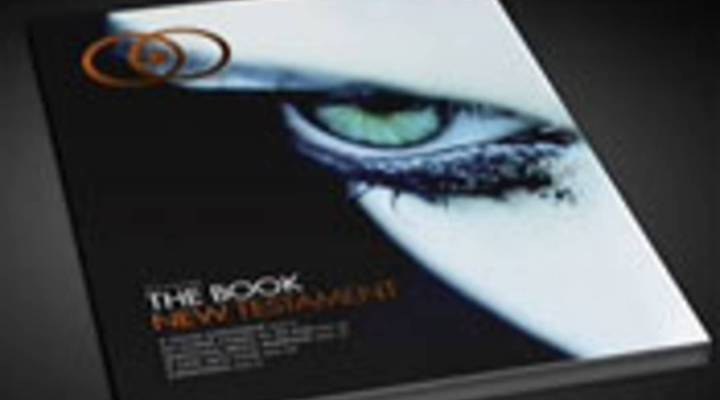 COPY
The cover of "The Book," a glossy, edgy New Testament from Bible Illuminated illuminatedworld.com

The cover of "The Book," a glossy, edgy New Testament from Bible Illuminated illuminatedworld.com
Listen Now

Kai Ryssdal: Here’s a news flash from the publishing industry that isn’t in and of itself news. A new Bible’s going to go on sale tomorrow. As I said, no surprise. The Bible is, after all, the best selling book in the world. Half a billion copies are sold every year. And there’ve been countless versions. But at a time when prayer might be the only safe investing strategy, there’s a twist. Marketplace’s Stacey Vanek-Smith explains it’s all about getting the good book into the hands of a edgier kind of consumer.

Stacey Vanek-Smith: You could call it, the greatest marketing story every told.

Marissa Gluck: This looks like an issue of Vogue. There’s Coca-Cola, photos of soldiers helping poor foreign children, Gandhi. Uh! Can’t have a Bible without Bono.

Marketing expert Marissa Gluck from Radar Research is flipping through a copy of “The Book” from Bible Illuminated. It’s The New Testament and it does look like Vogue. The glossy cover features an artsy photo of an eye and the magazine is packed with striking full-color photos. Post-Katrina New Orleans in Revelations. Andy Warhol in drag for the Book of John.

Illuminated World’s Larry Norton is in charge of marketing The Book. He says Americans buy more than 20 million Bibles every year. But there’s a big group of people who aren’t in that market.

Larry Norton: Smart, educated, urban influencers, young, who know in their heart of hearts that they should probably have read the Bible but never have.

In other words, the iPod-toting, compulsive texting, Facebook crowd. Bible Illuminated is launching a half-million-dollar PR campaign to appeal to them through non-traditional means, like a social networking site and magazine ads. And it’s even gotten the attention from some modern-day prophets, like Conan O’Brian.

Tape of Conan O’Brian: A publisher is coming out with a modern version of the Bible, where many of the most recognizable Biblical characters have been replaced by celebrities like Angelina Jolie.

The Book’s publisher is former ad exec Dag Soderberg. He says Bible Illuminated is also getting creative about distribution.

But will hipsters really be willing to drop $35 on the New Testament at their local newsstand? A typical King James Bible goes for less than $10. Again: Radar Research’s Marissa Gluck.

Gluck: From a marketing perspective, I think it’s probably a very smart endeavor. This is the Bible wrapped up as Us Weekly.

Wayne Hastings: It’s moving to a customer who just is asking, “How do I get into this book? And, oh, by the way, I want it my way.”

Hastings says Thomas Nelson has had a lot of success with its edgier Bibles. A magazine format they released last year has sold more than a million copies.

Hastings: We have a lot of letters from customers — for example, young teen girls — who said, you know, this looks just like other magazines and I feel comfortable carrying it.

Last year Thomas Nelson released a slick audio version of the New Testament. “The Word of Promise” features more than 200 actors and an original score.

Promotional tape: Starring Jim Kevezial as Jesus. “Blessed are the meek, for they shall inherit the earth.” And Stacy Keach as Paul.

The CD has sold more than half a million copies. A division of HarperCollins released a Green Bible earlier this month using soy-based ink and recycled paper. It’s already in its second printing. And Doubleday recently released a Manga Bible with a trash-talking Samurai-style Jesus. With Americans spending more than $800 million a year on religious books, publishers are trying anything they can to rewrite the book on Bible sales. 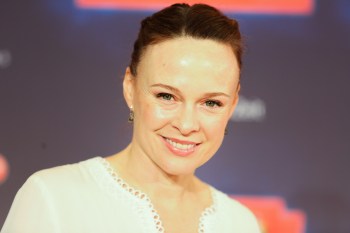 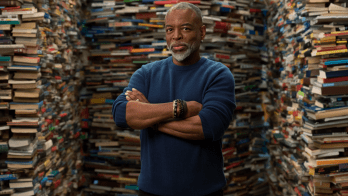