Kai Ryssdal: If you wanted to market a book about companies making stupid decisions that wind up costing them and their shareholders billions of dollars, well, you couldn’t really pick a better time that right about now, could you. And while the losses in the headlines are mostly coming from the financial industry, plenty of other companies have made plenty of other stupid decisions that have cost them plenty of money. Paul Carrol and Chunka Mui explore those decisions, and the logic behind them, in their new book, “Billion Dollar Lessons.” Glad to have you both with us.

Paul Carrol: Great to be here.

Chunka Mui: Thanks for having me.

Ryssdal: Chunk let me ask you this question, these CEOs for the most part are very smart people–advised by very smart and well-paid consultants. How is it that they drive these companies into the ground? What patterns did you find?

Ryssdal: Paul is there a favorite category of failure that you guys found?

Carrol: Probably my favorite was what we called stay the course. You’d have companies that were facing significant threats, like Kodak, which had its very profitable, traditional film business being threatened by digital photography. And yet they somehow managed to ignore those threats long enough to really be hurt.

Ryssdal: Explain that a little bit more. It’s not that they just ignored it, I mean, they in fact did things that were not beneficial to them right?

Carrol: Right. And that’s a very common problem. Companies just can’t quite pull themselves away from a traditional business that’s been profitable. Even though they know that profitability is going to go away.

Ryssdal: The other thing we hear about in corporate mergers gone bad, is this word synergy, right. That, oh yeah, we are going to get all these benefits out of working together. But somehow Chunk, that just doesn’t seem to come true, right?

Mui: A large number of our failures were due to essentially over-expectations of what you’re buying, without enough consideration of the difficulties you get along with that.

Ryssdal: When you’re talking about synergies though, is it a flawed process somewhere in the middle? Does somebody look at it and say this could work, and then it goes awry in the planning process? I mean, what happens?

Mui: What typically happens is that people overemphasize the positives and leave out the negatives. They’re entranced by the idea of developing scale, but they forget they’re also developing complexity, they’re buying problems as well as assets.

Ryssdal: The one that came to my mind actually when I was reading this book was, at the time, the biggest corporate merger ever: AOL and Time Warner. Classic example right Paul?

Carrol: Absolutely. I mean they assumed that they could get these upstart, online, college-kid types from AOL to work with this very staid, serious, long-time organization that did these magazines. And they just didn’t want to work together.

Ryssdal: Given that CEOs probably don’t want to hear much about business failures, and so might not read this book. Chunk, let me ask you what you’re take away is for everyday readers. I mean, you read this book, what do you want us to go away with?

Mui: If, you’re the person sitting inside that company, I think the thing we want to take away is that: whether you’re in the middle, near the top or the very top you have to say, well, is it worthwhile to step back and take another look at this great idea that we have.

Ryssdal: Paul what about you, what’s your take away from this book?

Ryssdal: Well, which one came first?

Carrol: Well, it’s interesting when we tell that story to business audiences everybody laughs and says, ok let’s go to the bar and talk about this more. But in fact, businesses, because of the motion that goes into setting strategy, because of all the socialization that happens with the strategy, are actually in an emotional state that is somewhat like being drunk when they typically make a decision. So, what we’re saying is that people ought to step back, and in a very sober moment, re-evaluate these things.

Ryssdal: The book by Paul Carrol and Chunka Mui is called “Billion Dollar Lessons.” Paul thanks a lot. 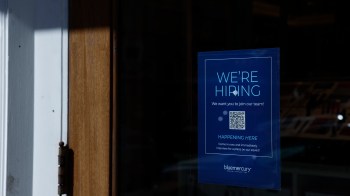