Renita Jablonski: Next week Barack Obama will air a half-hour prime time special on three of the four major television networks. His campaign has money to burn. John McCain, on the other hand, is strapped for cash. Marketplace’s Steve Henn takes a look at McCain’s options.

Evan Tracy: You know, he’s in essence in a shouting match with a man with a megaphone. So he can’t win that contest.

Tracy: He has to look for ways to amplify his message beyond advertising spending, because it won’t be competitive in these final two weeks with Obama probably spending, outspending him at least 2 to 1 overall — and probably 4 and 5 and 6 to one in some of these battleground media markets.

Obama’s campaign has used his TV buying power to create new swing states out of those that were once safely red.

Shanto Iyengar: They’re going to have to invest scarce advertising dollars in states that in the past were typically taken for granted.

If McCain’s forced to spend money in North Carolina or Indiana, he has to cut back in Florida or Ohio. While Senator Obama is running a 50-state campaign with national air time, McCain is micro-targeting.

Robocall: I’m calling for John McCain and the RNC.

Robocall: You need to know that Barack Obama has worked closely with Domestic terrorist Bill Ayres.

Tracy says these cheap robocalls can deliver extremely negative messages to receptive audiences without risking a backlash that a similar ad on TV might stir up.

The end of the day, it will be a negative message that cuts through for Senator McCain.
And if he’s going to win . . .

Tracy: He needs to be more negative — I mean I know people will probably cringe when they hear that.

But Tracy says McCain’s best weeks in the campaign were months ago, when McCain spent his time attacking his opponent and the press.

McCain Ad: He’s the biggest celebrity in the world . . .

For creating a cult of personality out of a political campaign. 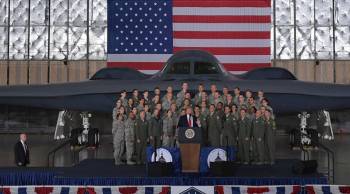