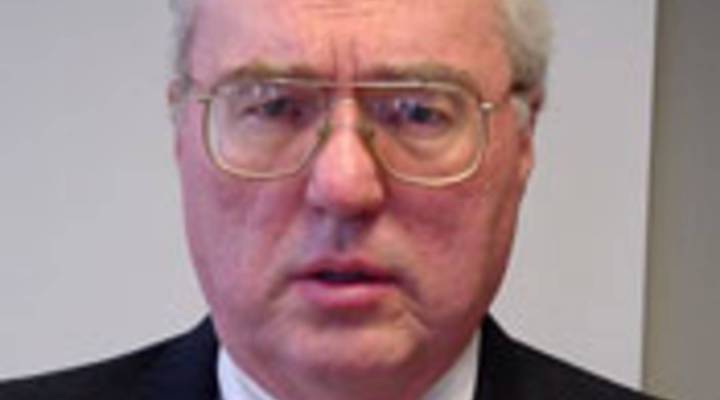 Kai Ryssdal: Wall Street firms handed out more than $30 billion in bonuses alone last year. And a big chunk of that went to the very people who presided over the near-collapse of the financial system. The bailout plan, though, has put executive compensation under a new kind of high-powered microscope, with Congress and now the Securities and Exchange System saying U.S. companies just can’t pay people as much any more.

Stacey Vanek-Smith: Anger over executive pay has become so widespread, that both presidential candidates are using it to rally voters.

Tape of Sen. John McCain: We can’t have taxpayers footing the bill for bloated golden parachutes.

Tape of Barack Obama: Something’s wrong when CEOs are making more in 10 minutes than ordinary workers are making in an entire year.

Wall Street’s taxpayer-funded bailout has made the matter personal says Charles Elson, director of the Weinberg Center for Corporate Governance at the University of Delaware.

Charles Elson: The folks in the banking industry were amongst the highest paid people around. They justified the amount saying they were smarter than anybody else in the room. You suddenly began to say, were they worth it? And the answer was “no.”

Elson says the combination of renewed regulatory pressure and public outrage will shame financial companies into reducing executive salaries, bonuses and golden parachutes. He says, that will bleed over into other industries. Sarah Anderson, Executive Pay Analyst at the Institute for Policy Studies, doesn’t buy it.

Sarah Anderson: We’ve been waiting for years to see the shame factor have an impact on executives. It’s just not going to happen.

Anderson says the government is mostly leaving the issue up to the companies, and relying those firms to police themselves won’t work.

Anderson: Congress missed a huge opportunity by not putting strict limits on executive pay in the bailout bill. They leave those decisions up to the Treasury Secretary.

Germany and Sweden, the U.K. and Australia are also looking into restricting CEO pay at financial firms getting money from the government.