Can bailouts keep panic at bay?

Can bailouts keep panic at bay?

Kai Ryssdal: Obviously, there’s a lot going on with all the various bailout packages out there. The Europeans have one. We’ve got one. Today, major Asian economies came up with one of their own. And today’s final tally on Wall Street aside — that’s down 733, by the way — all that bailing does seem to have at least calmed nerves in the financial markets.

Whether it’s calmed them just for now, or forever, is a question I put to MIT economist Simon Johnson.

Simon Johnson: Well, forever is a very long time. We certainly escaped it for now, and for now is most important. And I think we’ve pulled back the financial systems of the U.S. and Europe and other industrialized countries for some time. I am worried about pressures and cracks in emerging markets. There’s a lot of innocent bystanders got injured in this global financial traffic accident. It is still possible to hold the pieces together. It is still possible to go through what is almost certainly going to be a pretty serious global recession without it becoming something worse. So, we should all be breathing a big collective sigh of relief and should start thinking really hard about managing the recession and how we come out of that in better shape.

Ryssdal: How do you manage a recession that everybody is predicting will be long and deep and hard?

Johnson: Well, I think you need to keep your fire power in reserve. You know, the Treasury has $700 billion in its TARP, Troubled Assets Relief Program, that was passed by Congress. They said $250 (billion) can go into bank recapitalization and the rest they want to use to buying up troubled mortgages. That doesn’t really make any sense, the second part, because Fannie Mae and Freddie Mac who already work for the government, they’re now owned by the government, can buy any amount, or large amounts of troubled mortgages now. They have the authority and they have the capital to do that. And they should really take that additional money, the additional $450 (billion) and put it in a war chest with a label on the outside that says “open in the case of severe recession.” Because if this is a recession, you’ll have more losses on loans and you’ll need more capital to replenish the banks and the non-bank financial system. I think if the president has $450 billion that he or she can throw into the balance at any point in capital for key financial institutions, that will always reassure people as we go through this very difficult part of the cycle.

Ryssdal: Is that $450 billion, though, enough to cover the losses that banks still have left on their books, which is in the billions and hundreds of billions of dollars?

Johnson: Well, we don’t know, is the honest answer. We don’t know exactly what their losses are today, and we don’t know how bad the recession’s going to be. I think, if $700 billion isn’t enough, then, you know, you can get more. It’s an issue not so much for the U.S. of resources, it’s much more of an issue of strategy. Do they know what they are doing? Are they focused? Are they avoiding sort of ideological distractions and just focusing on what’s practical. And today looks pretty good in that regard.

Ryssdal: Let me get back to the Europeans for just a second. Gordon Brown has said in the last couple of days that this is an opportune time to relook at Bretton Woods, that is the entire underlying concept of the international financial system. Do you think this is a ripe moment for that?

Johnson: Well, it’s certainly the right time to put the question on the table. Everything is on the table right now, including national and international regulation. I don’t think you want world leaders to go off to a big, fancy hotel in New Hampshire and have spa treatments in the next couple of months. That was obviously where they did the original Bretton Woods agreement. First, we need to figure out how to manage our way through this pretty nasty global recession that seems to be in the near future. But, very soon, we should be talking and planning and actually doing things about a new global financial architecture.

Honestly, Sunday morning, I thought that the global financial system was going to melt down and so did other people whose judgment I trust. We avoided it through a combination of brilliant leadership and pure dumb luck. I don’t think we really want to rely on either of those elements being present the next time around.

Ryssdal: Simon Johnson of MIT, the Peterson Institute and the blog Baseline Scenario. Professor Johnson, thanks a lot for your time. 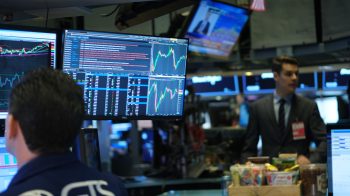