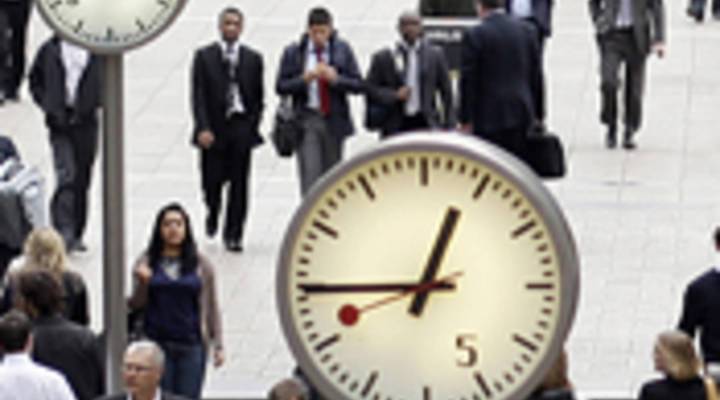 Britain has a brand new bailout

Britain has a brand new bailout

Stacey Vanek-Smith: Good to have you with us as we continue with Fallout, our coverage of the financial crisis. The $700 billion bailout bill has dominated news in this country. Today, Britain has unveiled an enormous bailout package of its own. The U.K. will buy up as much as $88 billion worth of preferred stock in eight British banks, and make $350 billion more dollars available to banks.

David Buick is a partner at BGC. David, how would this work?

David Buick: Well, the way it would work, for an old capitalist like me, is a horror story to be honest with you. Because in the circumstances, it’s not a bad deal. In the long term, I think it will be greeted with a certain amount of cynicism. Because when something is nationalized, it restricts the management in its business plan. And also it dilutes the equity of its existing shareholders, who have seen catastrophic losses on their shares during the course of the last year and a half. And they’re not very happy to have seen what’s happened in the last two or three days.

Vanek-Smith: Well I wanted to ask you about that, because the markets have not reacted all that well to the plans — it doesn’t seem to have helped that much.

Buick: Yeah, but we’re late out of the starting gate. Because the U.S. government had no contingency plan after Bear Stearns, to shore this up in a really — I mean this was obviously going to be a horrific problem. And everybody behaved like ostriches — stuck their head in the sand saying “This is a bad dream, it’s going away.” And it never was. And that’s my issue with the U.K. government, they did the same. They stuck their head in the sand, “It’s nothing to do with me, mate.” It is — it’s to do with everybody. And it’s the abrogation of taking responsibly immediately is what’s exacerbated this problem on a global basis.

Vanek-Smith: Do you think we’re going to have to see sort of more sweeping action from central banks?

Buick: I think the central banks are absolutely key in the next six months. We need them for liquidity, not for solvency. Some of these banks are in quite good shape, funnily enough. It’s just the fact is because this system is shot to ribbons that they can’t raise deposits, because everybody’s clean out of confidence, clean out of trust. You get the confidence and the trust restored and the show will be back on the road, absolutely like a, you know, rocket.

Vanek-Smith: David Buick is a partner at BGC Partners. David, thank you for talking with us.