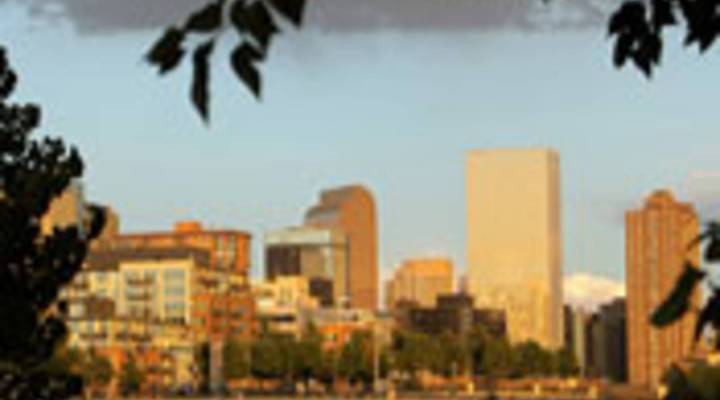 Denver voters and the federal bailout

COPY
A view of the downtown Denver skyline from across the South Platte River Doug Pensinger/Getty Images
The Road to Ruin?

Denver voters and the federal bailout

Kai Ryssdal: There are probably a million things we don’t know about how this bailout plan’s going to work itself out, probably more than a million, actually. But maybe the most consequential is how it’s going to influence the election that’s less than a month away. Today, we’re going to go back out to our reporters who’ve been making their way across the country for the past week trying to find out whether Wall Street has helped set America down the Road to Ruin. Tess Vigeland spent the weekend in Denver. Colorado, of course, is one of the big swing states this year. So we asked Tess to find out how the economy is playing into who people are going to vote for.

Tess Vigeland: A poll out this weekend from the Denver Post shows John McCain and Barack Obama each with 44 percent of the vote in Colorado. Eight percent still undecided. So, I went in search of that eight percent in Denver’s Congress Park neighborhood to a place called the Goosetown Tavern.

I found myself fighting for attention amid all the football fans. The University of Colorado Buffaloes were getting a 38-14 drubbing by the Texas Longhorns. But 52-year-old Greg McGuigan put down his beer long enough to deliver his own drubbing of the nation’s politicians.

Greg McGuigan: I want everyone that voted for that bailout, whether they’re Republican or Democrat, to be not re-elected, simple as that. I don’t care who their opponents are. They need to be sent a message — they sold us out. That bailout was wrong, it’s my money they just spent. Now, let’s let them find out what unemployment is like in a bad economy, ok?

Vigeland: Then how does that play into your decision on the presidential election? Because both of the candidates supported the bailout?

McGuigan: I understand and before I was pretty much a pretty strong Obama supporter right now I may not even cast a vote for presidential election, I may just abstain.

His buddy, 52-year-old Dennis Demaio, says he’s a firm Obama supporter, even though he doesn’t agree with the candidates decision to support the Wall Street rescue.

Dennis Demaio: I think that there needs to be a bailout plan per se, but I am totally opposed to the way that the provisions have been structured to bail them out.

Demaio says at the very least taxpayers, through a congressional oversight committee, should get to pick more than half of the board members of any company that gets assistance from the rescue package. as well as the power to hire and fire CEOs.

Demaio: For the record, he stole my beer while I was talking.

Duly noted. And I found a 32-year-old man in a McCain T-shirt. He gave his name only as James.

James: The problem that I’m struggling with from either candidate, and I can say either, is a defined path out of the situation we’re in. I can honestly say that Barack Obama doesn’t give that vision or ideas or policies that he’s going to put in place that’s going to get us out. And I’m not really hearing it from McCain either.

A few tables down 45-year-old Barbara Dunklau and her partner, 44-year-old Michael Thorn, were downplaying the bailout as a factor in their election decisions. Thorn says neither candidate has convinced him that they know what to do about the economic crisis.

Michael Thorn: I’ve made up my mind who not to vote for, more than who to vote for.

Dunklau is a libertarian, but says she will vote for Obama regardless of what’s going on with the economy.

Barbara Dunklau I don’t see the economy as tied to a specific party at this point. I think the problems that have happened because of the loans and the poor credit, it surprises me that the government’s bailing them out. I think it’s the politically correct thing to do, but I don’t think it’s the right things to do. Institutions need to fail on their own and hit rock bottom for real, and then things can recover. It’s being artificially propped up.

Judging from what’s going on today in Wall Street, that might already be happening.

On the road in Denver, I’m Tess Vigeland for Marketplace. 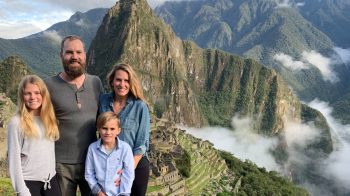 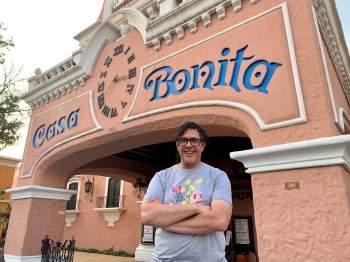