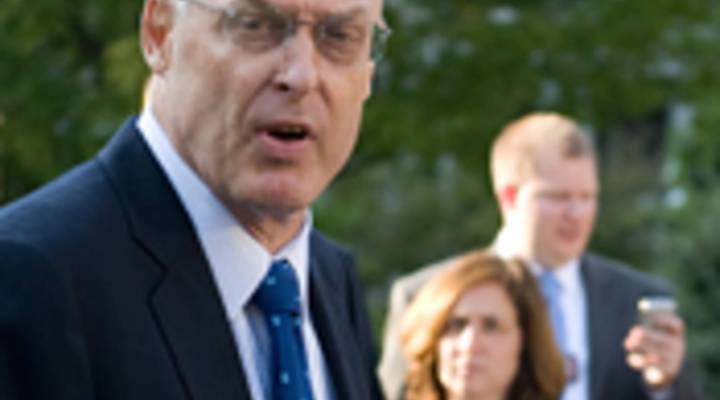 Is there a way around a bailout bill?

Is there a way around a bailout bill?

Renita Jablonski: 777 — certainly not Wall Street’s lucky number. That number reflects the worst point drop for the Dow ever after the House failed to pass the $700 billion financial rescue package. Just after the bailout fizzled Treasury Secretary Henry Paulson tried to stop some of the bleeding on Wall Street by putting out a statement. He said he’d do everything possible to protect markets. Like what? Marketplace’s Stacey Vanek-Smith takes a look at that as we continue our coverage of the financial crisis.

Charles Gabriel: Quoting Miracle Max, the character on the Princess Bride, it could be only mostly dead.

Gabriel says that’s because there’s no way around a bailout bill. He says the government has already tried just about everything else — like injecting billions into the markets, taking over Fannie Mae and Freddie Mac, and brokering deals to save ailing Wall Street firms. But, Gabriel says, those massive actions barely made a dent.

Gabriel: They’ve just tried one thing after another. This is the big last arrow in the quiver.

Gabriel says Democrats didn’t do enough to rally troops around the bill. He says they wanted to use the crisis to criticize the Bush Administration. And, he says, Republicans didn’t want to stand up to their constituents, who don’t think the Wall Street turmoil will really trickle down to Main Street.

Gabriel: That is absolutely heading towards the real economy, and this bill was designed to forestall that. And so far, the Congress has rejected it, and that is a disaster.

Gabriel says Paulson has two main options — one is pressuring lawmakers to pass the bill as is, or making some quick changes to get additional support.