More From This Show
0:00 / 0:00
🎵 Donate any amount today and download 5 different Marketplace ringtones 🎵 Give Now
My Two Cents

I haven’t found much of the commentary criticizing the Bush/Paulson/Benanke engineered bailout very convincing. I don’t think there is any doubt that the markets were unraveling, and that stronger action than ad hoc bailouts was needed.

Still, this comment by Luigi Zingeles is compelling–courtesy of Tyler Cowen at Marginal Revolution. Zingales is a professor at the University of Chicago graduate school of business. He and Raghuram G. Rajan wrote a terrific book several years ago, Saving Capitalism from the Capitalists:

As during the Great Depression and in many debt restructurings, it makes sense in the current contingency to mandate a partial debt forgiveness or a debt-for-equity swap in the financial sector. It has the benefit of being a well-tested strategy in the private sector and it leaves the taxpayers out of the picture. But if it is so simple, why no expert has mentioned it?

The major players in the financial sector do not like it. It is much more appealing for the financial industry to be bailed out at taxpayers’ expense than to bear their share of pain. Forcing a debt-for-equity swap or a debt forgiveness would be no greater a violation of private property rights than a massive bailout, but it faces much stronger political opposition. The appeal of the Paulson solution is that it taxes the many and benefits the few. 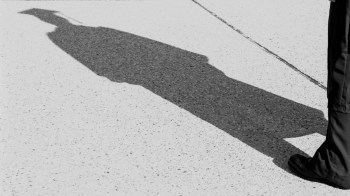