Latino markets growing in the U.S.

Latino markets growing in the U.S.

Scott Jagow: Last night, the Gigante chain of Latino grocery stores shut its doors. Then this morning, they opened as El Super. El Super now has 16 stores in California and Arizona. This merger is a sign of things to come in the Latino market. From our Americas Desk at WLRN, Marketplace’s Dan Grech has more.

Dan Grech: If Hispanic immigrants in the U.S. wanted a taste of home, they once had to go to the corner bodega. Now they can get tortillas at Wal-Mart.

Harry Balzer is with the NPD Group, a firm that tracks how Americans eat:

Harry Balzer: The industry in itself is not a fast-growing industry. So anytime you find growth — and clearly Hispanics have been one of the fastest-growing segments of the food industry — you’ll find a lot of people interested, of all sizes.

Balzer says many recent immigrants prefer the look and feel of an ethnic grocery store. But research shows their children are often drawn to mainstream supermarkets.

Balzer: As you spend more time in America, you all of a sudden start eating ham sandwiches and hot dogs and hamburgers. 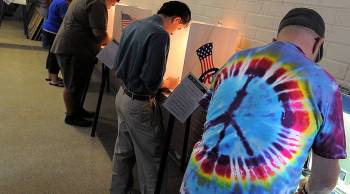