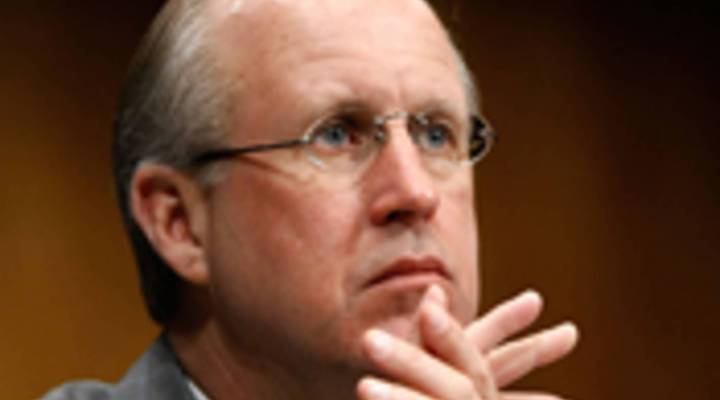 A look into mounting national debt

A look into mounting national debt

Stacey Vanek-Smith: Earlier in the program, we talked about Fannie Mae and Freddie Mac selling debt to raise more money. Uncle Sam does that, too, in the form of treasury securities. In spite of those sales, This country’s deficit is on track to hit $9 trillion next year, and many say that’s threatening our country’s stability.

Christine O’Malley and Patrick Creadon Produced and Directed IOUSA. The documentary follows former U.S. Comptroller General David Walker around the country as he tries to warn people about our deficit. Patrick, when you started making this documentary, the housing bubble was still going strong.

Patrick Creadon: Basically a year ago this week, we were nearing the completion of the film, the subprime crisis exploded. And our film was no longer what might happen, it was what is happening.

Vanek-Smith: Well getting into the story where the film begins, I mean, literally, our deficit is as old as we are. National debt is nothing new for the U.S.

Creadon: No it’s not, and there’s nothing wrong with debt. In fact debt can be a very good tool — if you want to buy a house, if you want to start a company. However, you can reach a point where you have so much debt that it becomes very dangerous.

Vanek-Smith: And Christine, the movie also looks at the relationship between national debt and personal debt in this country.

Christine O’Malley: That’s something that Dave Walker actually says in the film, Americans are following the bad example that’s set by their government. And our hope is that this film helps people to get something to sort of wrap their brains around, give them some context with this issue, so we can find out from our political leaders, what are you planning to do to fix this?

Creadon: I feel like we’re depressing the heck out of everyone who’s listening to this film, and we don’t mean to do that. But we want people to wake up and realize that we do have this problem on our hands.

Vanek-Smith: I have to say one of my favorite parts of the movie is the Saturday Night Live skit where they introduce a radical new idea for managing debt.

Girl: Let me see that! “If you don’t have any money, you should not buy anything.” Hmm . . . sounds interesting.

Creadon: In some ways, that’s the message of the whole film. We are buying things that we can’t afford. And if you’re really wealthy, you can do that for a long time — and America is a very wealthy country. But if you become a high-risk borrower, the interest rates are gonna go up. And when you’re borrowing $4[00 billion] or $5[00 billion] or $600 billion a year and your interest rates start heading north, that’s a problem.

Vanek-Smith: I was wondering if making this movie changed the way that you approached your own finances at all?

O’Malley: Definitely. We have three little girls and the idea that we’re passing this huge problem down to their generation and their children, it’s horrifying. But what you can do is map out a plan for your plan and your family, and that’s at least a place to start.

Vanek-Smith: Christine O’Malley and Patrick Creadon produced and directed IOUSA. Patrick and Christine, thank you for coming in.

Creadon and O’Malley: Thanks for having us.