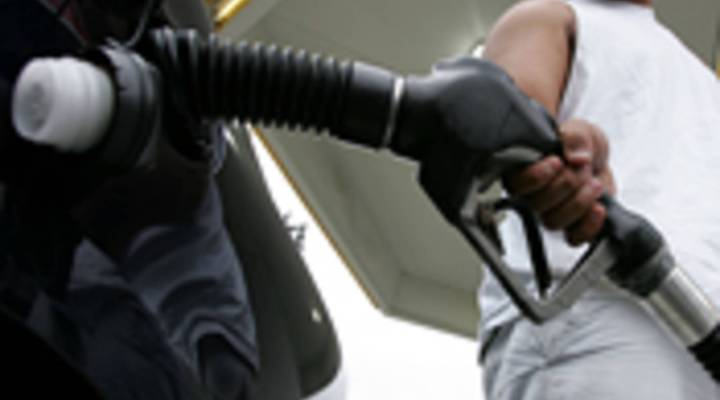 Why oil prices continue to fluctuate

Why oil prices continue to fluctuate

Stacey Vanek-Smith: We’ve also seen some Olympic oil prices this summer. Last month, crude hit $147 a barrel. Then it plunged, and now it’s back up a bit this morning to about $114 a barrel. That’s on worries about a tropical storm in the Gulf of Mexico.

The price of crude has become very sensitive to potential supply disruptions like these, and that’s raised the issue of stepping up domestic drilling. Mark Bernstein is the managing director of the energy institute at the University of Southern California. Mark, if we really ramped up oil production in this country, what affect would it have?

Bernstein: We’ve tapped them. There are still some resources left, and there’s some off the coast — we don’t know how much. There’s some in Alaska. But we’ve tapped most of them. And so we can either think about tapping the rest now or holding it back as an insurance policy for later.

Vanek-Smith: We’ve heard a lot about offshore drilling, about ANWAR, obviously, building up refineries and stepping up oil production. Would that cushion us from fluctuations in the oil market?

Bernstein: In the long run it would, but not for 15 or 20 years. It takes a long time to find the oil, it takes a long time to drill the oil and to pull it out. There’s a shortage of oil rigs right now, so even if we opened up a whole bunch of these leases, the oil companies wouldn’t be able to do anything anyway because there are no rigs to drill with. So it’s not a short-term solution.

Vanek-Smith: Are oil prices, do you think they’re going to settle here, or is it possible that they could jump up again the way that they did?

Vanek-Smith: Why so much fluctuation?

Bernstein: We don’t have much we can do about it. If we could tomorrow stop using 10 percent of the oil, prices would come down a lot and stay. But there’s nothing we can do in the short term to really affect the price that the markets will see that as a good long-term solution.

Vanek-Smith: So what affect does all of this fluctuation have on the economy and on consumers?

Bernstein: You’ve got to imagine that this is going to at some point have some slowing effect on the economy. That slowing effect will reduce oil consumption and will bring prices down some. That’s the problem we’ve had in the past — prices have gone up, prices have come down. So people say, OK . . .

Bernstein: The 70’s, the 80’s, the 90’s, it’s happened every decade. And I think what’s happened this time is people are saying to themselves well, prices will come back down again so I don’t have to change behavior, because I changed behavior last time and the prices came down, and so I should have just stayed what I was doing. I think at some point, people are gonna realize that prices aren’t going to come down as far as fast, and they will begin to change behavior.

Vanek-Smith: Well Mark, thank you so much for coming in, I really appreciate it.

Bernstein: You’re welcome, thank you for having me.

Vanek-Smith: Mark Bernstein is the director of USC’s energy institute.