A resurrected hope in local hydropower

A resurrected hope in local hydropower

Bob Moon: The price of a barrel of oil hasn’t been this low since the start of May. It’s dropped another $2 a barrel today, thanks to rising supplies and weaker global demand. Speaking of energy prices, people in the state of Vermont get most of their power from just two sources. Existing contracts have locked in relatively cheap rates there, but that’s about to change.

So what’s the alternative? Well, they don’t call it the “Green Mountain State” for nothing. From the Marketplace Sustainability desk, Vermont Public Radio’s Jane Lindholm reports.

Jane Lindholm: Two-thirds of all the electricity in Vermont comes from a huge hydro-electric plant in Canada, and a nuclear plant in Southern Vermont, owned by a company in New Orleans. When contracts with these two out-of-state entities expire in a few years, Vermont’s rates could almost double. And residents are getting nervous.

At the scenic waterfalls in the center of Middlebury, Anders Holm thinks he’s found an answer for this town of 8,000 people. The local doctor is resurrecting the Middlebury Electric Company, which used the falls in the late 1800’s and early 1900’s to generate all of the town’s electricity. Holm says today, the falls could light up as many as 500 homes.

Not just the community, but also town officials. John Tenny chairs the Middlebury Board of Selectmen.

John Tenny: The cost of this power would be a reliable cost, and we would not be in a position that was dictated by outside interests that we could not control.

There’s still a lot to be figured out. Anders Holm estimates construction costs could top $4 million. The town’s tax burden is already high, so Holm needs to find outside investors before the selectboard will approve the plan.

And that’s the sticking point. But Holm and Tenny both seem confident that investors and grants will be forthcoming, and that Middlebury could reap the benefits of small hydropower by 2012 — just as the state’s big energy contracts expire.

Local environmentalist and writer Bill McKibben wrote the first mainstream book about climate change 20 years ago. Now, standing at the base of the falls, McKibben says he wants to see this kind of downsizing nationwide.

Bill McKibben: We have the sun, we have the wind, we have the water. These are the kind of small sources that could give us not only enough energy, but a kind of new economy.

Most officials think small-scale generation will never completely replace the reliable base power from large corporations. But, as Anders Holm will tell you, every little bit helps. 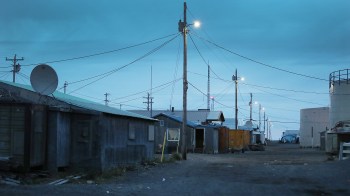 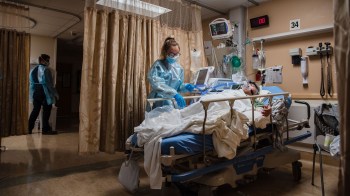