A digital peek in your medicine cabinet

A digital peek in your medicine cabinet

Tess Vigeland: If you’ve never heard of a health credit report, don’t worry; we hadn’t either until this week.

But for the past few years insurers have been able to legally gain access to millions of our electronic prescription drug records and they’re using those files to determine whether or not to grant you a health or life insurance policy.

Steve Henn: Imagine corporations that could peer inside every American’s medicine cabinet electronically. Taking Viagra? Ambien? An anti-depressant? All that information is just a click away.

[MedPoint video]: MedPoint shows each prescription, the date it was filled, number of refills and includes a link to information for the prescribing physician.

MedPoint and another company called Milliman Intelliscript have built powerful data mining systems that tap into and search billions of pharmacy records about more than 200 million Americans. They perform these searches for insurance company underwriters.

Richard Dick invented this technology almost a decade ago.

Richard Dick: When you apply for insurance, you sign an authorization to go and get all of your medical records — any and all of them.

Looking at the medicines you take help them decide how much to charge for life or health insurance or whether to write you a policy at all. So if you are on high blood pressure medicine, that’s evidence of a pre-existing condition. Coverage denied.

Robert Gellman: Somebody dreamed this up as a legal way to exploit health records for a profit.

Robert Gellman is a privacy consultant. He says these electronic searches save insurance companies money. They might help make health and life insurance cheaper and could even be used to improve health care, but there are enormous privacy concerns.

An investigation by the FTC earlier this year found that MedPoint and Intelliscript violated federal law by effectively keeping this system under wraps for years. Until recently, it’s likely you would know if an insurer used your electronic pharmacy records to deny you coverage.

Andy Slavitt is the CEO of MedPoint’s parent company.

Andy Slavitt: I think all of the regulations have yet to be written and fully thought through.

The one thing you can’t do is remove yourself from the database entirely and Dr. Kate Atkinson, a family practitioner in Amherst, Massachusetts, is worried over time that could have profound public health consequences.

Kate Atkinson: I think this is the type of thing that going to ultimately keep people from getting medical care. Once people figure out that if they take a certain drug they won’t be able to get insurance, more and more they’ll refuse to take a certain drug. 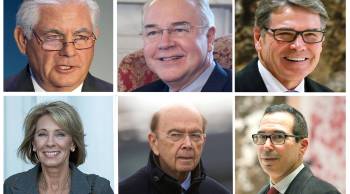