Stacey Vanek-Smith: The markets may be feeling healthy, but Americans aren’t — at least not about our health care system. So says a new survey from the Commonwealth Fund. Steve Henn has more.

Steve Henn: Karen Davis, president of the Commonwealth Fund, says for much of the last two decades. policymakers in Washington have looked to market forces to improve health care.

The survey found that 80 percent of Americans believe needs system needs an overhaul.

Davis: And I think it goes well beyond insurance coverage.

Nearly three-quarters report problems getting their calls returned by doctors, booking appointments or finding care on weekends. Most say their physicians don’t talk to each other, share results or have easy access to their medical records. And 9 out of 10 Americans say they want the next president to do something.

While both Barack Obama and John McCain have detailed health care plans that would try to improve communication and primary care, Davis says neither candidate’s plan does enough to bring costs down. 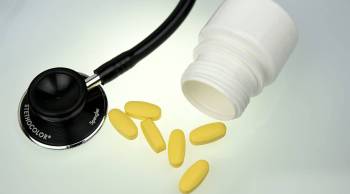 For the sickest and most vulnerable patients, care needs to extend outside the hospital