KAI RYSSDAL: Across Oklahoma this weekend Native Americans are holding a series of tribal powwows. It’s a thing that happens every summer. Some of them are going to be simple tribal dances. Others will feature picnics, fireworks and — thanks to the casinos that are on many reservations — a chance to win the jackpot. As the casino business has grown, prizes for the best powwow dancers have grown, too. The money has created a class of powwow professionals. Sonya Geis reports from Albuquerque.

Sonya Geis: Rusty Gillette is like a Native American Idol. Last year, he won first place in a midnight dance contest in front of 22,000 screaming people.

Gillette is a powwow professional. He’s a graphic artist during the week but he travels every weekend to dance.

RUSTY GILLETTE: As a whole, I do OK, you know — enough to be able to have a chance to win. Which is really fortunate for me.

Gillette’s being modest. His beaded outfits are recognized across the country. Last year’s first-place finish was at The Gathering of Nations in Albuquerque, the biggest powwow of the year. Three thousand dancers compete for $1,500 cash prizes or a trip for two to Hawaii.

Powwows used to be local get-togethers. But now that casinos sponsor big dance contests, winners travel a circuit that stretches from Los Angeles to Canada. Some older Native Americans are worried about cultural changes that they see at these contests.

BOYE LADD: I started dancing back in 1952, when powwow wasn’t the way it was. There was no competition. It was just starting to be born back in . . . about then.

Boye Ladd is from the Ho Chunk Indian tribe in Wisconsin. He competes too, but he has mixed feelings about turning traditional dance into a profession. Ladd says money can change the meaning of the dances. Powwows typically celebrate warriors. Ladd is a Vietnam veteran. He says the dances allow him to describe his war experiences.

LADD: The songs that are made, the steps, the movements that we do when we’re dancing, tell a story. Tell a story about our experiences, actual combat situations, and you exemplify that as you dance, through your movement, your headdress, all parts of your body.

Ladd moves with rhythm and dignity on the dance floor. But the crowds really go wild for the younger men’s contests, with their show-offy steps and glittering outfits.

LADD: Today the footwork, the regalia is far more fluorescent, beautiful, definitely more expensive than it was, say, 50 years ago.

Women’s dancing is graceful and modest. But that may be changing, too. Gladys Jefferson is a member of the Crow tribe in Montana. She says she’s seen young people put on their powwow outfits and act like they’re at a nightclub.

GLADYS JEFFERSON: The East Coast and the West Coast really having this hip-hop dancing, they’re doing dirty dancing, you know, with grass dance and stuff, and you know, people were really upset on the reservation.

Jefferson says no one has dared to do any dirty dancing in front of her. She saw it . . .

Powwow celeb Rusty Gillette acknowledges the complaints about commercialization. But he says the powwows give dancers a chance to travel and learn about other tribes. He says these dances are still more about community than competition.

Casino money is a controversial issue among Native Americans. Some argue it’s helping sustain their communities, others say it’s eroding traditional aspects of their culture. Even members of tribes that don’t have casinos can see changes to their way of life. All they have to do is head to a powwow. 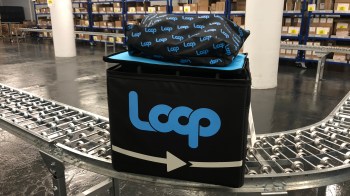