Kai Ryssdal: There’s been no shortage of natural disasters out here in California today. There’s not much serious damage from that 5.4 earthquake that hit Los Angeles earlier, but up north near Yosemite National Park it’s a very different story.

There, a wildfire has destroyed 25 homes and burned more than 29,000 acres. Officials say it’s about 15 percent contained.

But a series running in the Los Angeles Times this week points out that the costs of fighting those fires often aren’t contained at all.

Times reporters Julie Cart and Bettina Boxall have been working on the series for a year now.

Bettina Boxall: Pleasure to be with you.

Ryssdal: Bettina, when we start thinking about fires, obviously one of the things that comes to mind is how much we’re paying to fight them. What is the dollar amount?

Ryssdal: Put that into context for me though. Ten years ago, how much were we spending?

Ryssdal: Julie, where are all those bills coming from. An extra billion dollars is a whole lot of money.

Cart: A lot more fires, a lot bigger fires. For the most part, there has been more than a decade effort to privatize federal government and that has certainly found its way into firefighting. The bills are coming from private industry.

Ryssdal: In what form? I mean, are they the actual firefighters in addition to support personnel?

Cart: They are the actual firefighters in certain parts of the country. In the Pacific Northwest, incident commanders told us that as many as 90 percent of the firefighters on the line were from private companies. The trend in other states is less to private firefighters but all the services — food, sanitation, et cetera and then helicopters, air tankers, engines.

Ryssdal: Bettina, what are those camps like? When you’re out there fighting a fire, do you get the creature comforts of home too?

Boxall: You certainly do. They’ve become very elaborate and very sophisticated. Basically, they’re transporting high-tech villages to the edge of fires and they come equipped with air-conditioned office trailers with Wi-Fi and shredders and copy machines. There are shower trailers, mobile kitchens, a caterer who caters movie shoots also caters big fires. So they are not primitive operations anymore at all.

Ryssdal: Julie, the Forest Service will say, “Listen, it makes much more sense for us to contract these camps out rather than to invest in the infrastructure to keep them 365 days a year when we’re only out there fighting fires for a couple of months in the late summer and fall.”

Cart: They do say that and I could understand that they wouldn’t want to buy ice chests and sleeping tents and things like that, but we focused on a fire called the Zaca Fire, which was the biggest fire no one ever heard of that happened in Santa Barbara last summer where there’s a briefing tent for internal briefings that they’re paying nearly $1,000 a day for a four month fire. I mean, that’s a lot of dough. So you could say “Oh, you nickle-dimed,” but it really adds up to, the fire that we looked at in particular, more than $140 million for a fire that burned a shed.

Ryssdal: Bettina, would we be having this conversation if we weren’t seeing these big fires on CNN and statewide newscasts?

Boxall: Well, they would still be spending a lot of money on fires because they are getting bigger and more and more people are living in fire-prone areas so more and more homes are threatened. I think one thing that we found was that CNN and publicity was influencing the use of aviation…

Ryssdal: The big tankers and helicopters…

Boxall: The big tankers and the big helicopters, because it’s very much become equated in the public mind with putting out a fire and if you don’t have those in use, people think, “You’re not really putting out the fire that’s burning in my backyard!”

Ryssdal: I’ve always wondered, though, how much dropping 5,000 gallons of water on a raging forest fire across 10,000 acres will actually do.

Boxall: Sometimes it does good and sometimes it’s a complete waste of effort and time and money. Neither retardant nor water put out fires. All they can do is slow it.

Ryssdal: What we’re seeing now actually with the rising cost of these fires is the end result of years of government policy being “We have to put out all these fires.”

Boxall: In part. It’s actually more complex than that. There are other elements at work too. In the Great Basin area, there are invasive species that are causing huge fires that are burning hundreds of thousands of acres every year and the encroachment of development has complicated fires and houses are fuel. When you build a bunch of houses next to a wild land, you’re basically adding fuel to the landscape. So it’s a host of factors, many of which we created ourselves. It is no single thing.

Ryssdal: Julie Cart and Bettina Boxall from the Los Angeles Times. Thanks very much for coming in. 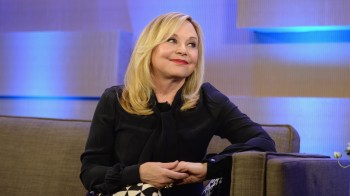