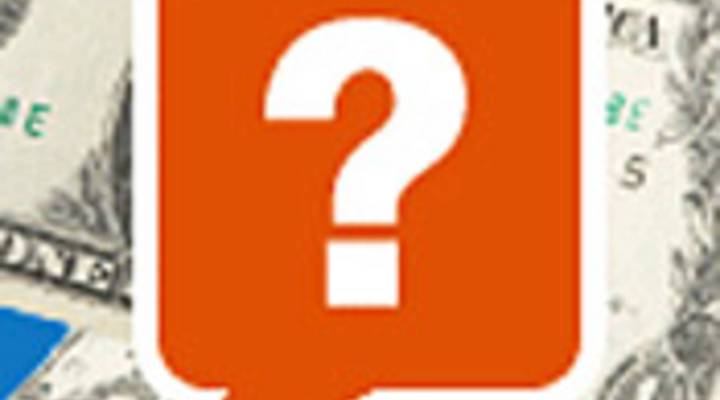 TEXT OF GETTING PERSONAL (FIRST SEGMENT)

Tess Vigeland: It’s time for Getting Personal when we answer your questions and with me once again is our personal finance expert Chris Farrell, and Chris, let’s go right to the phones. Janna is with us from New York, New York. Hi Janna.

Vigeland: How can we help you today?

Janna: Well, I have to say that I was one of those people that was caught in the IndyMac scare and I sort of feel like I just saw the four horsemen of the apocalypse and I should be pulling everything I own out of everything and stuffing it in my mattress.

Janna: But I had laddered two CDs there and then I’ve just been letting them roll and I’ve gone over the interest amount that the FDIC insures. So I have an appointment with the FDIC to discuss what I can recover. I won’t have lost my initial investment because that was under that amount, but I still don’t know what I can expect when I talk to the FDIC.

Vigeland: First of all, I think the likelihood is that she will get more than $100,000 back out of what is now IndyMac Federal Bank especially if you’re not way over $100,000.

Vigeland: So it’s not Armageddon.

Farrell: It is not Armageddon. Then there’s a bigger question about OK, with this really safe money, what do you do with it? I mean, do you put it in CDs even though you’re over the limit? I think there’s several answers to that. Part of it is you put under $100,000 into a Federally Insured bank and it is completely safe, so I wouldn’t worry about it as long as you’re under the $100,000. If you’re in the position that you’re in where you’re really starting to make some real money, you can put some real savings aside, more than $100,000, I’m going to direct you just as I direct everybody which is to go to the U.S. Treasury and to buy into the full faith and credit of the federal government and to own U.S. Treasury Bills, U.S. Treasury Notes, and there is no way that a U.S. Treasury Bill or Treasury Note is going to go bankrupt and if you go to www.treasurydirect.gov. It’s very easy to find out how to do it, they work with you and you don’t have to worry about that money. But another safe way is to put some of your money — because you might need some of it — into money market mutual funds that are primarily or almost exclusively composed of Treasury Bills and some U.S. agency debt — extremely low-risk. I don’t think you really need to worry about it and frankly, anybody who does that can sleep at night.

Janna: Well, thank you so much for your advice. I really do appreciate it.

Vigeland: Thanks for the call. Let’s go to an email and Carol writes in from San Diego, California. She’s got approximately $16,000 in credit card debt — that’s across three different credit cards — but recently she received a solicitation in the mail for a Bank of America clean sweep loan of up to $50,000. It’s got a fixed 7.9-percent APR. She’s wondering what is this clean sweep loan and should she take it?

Farrell: The way I look at the clean sweep loan or similar loans being offered by other banks, it’s really a consolidation loan.

Farrell: Which have higher interest rates and then you pay off those credit cards with the loan money and then you pay off that loan and it can work just like all consolidation loans can work with a couple of basics. The consolidation loan, the clean sweep loan, does not solve your problem and sometimes people get into trouble with these kinds of loans because they pay off their credit cards and let’s just make up some numbers Tess: So if she has $16,000 in credit card debt right. She pays off the credit card debt and then she’s paying off her clean sweep loan or whatever it’s going to be called and she starts using the credit cards again.

Vigeland: Now she’s got all kinds of credit available to her.

Farrell: Exactly, and so people get into trouble. So again, you go back to the real fundamentals. The first thing is budgeting. How did you get into $16,000 in credit card debt? There could be lots of good reasons. There could also be bad reasons. And then you look at something like this sweep loan and you ask yourself, “OK, well, is this a tool that will make it easier for me to pay it off?” There’s a fee associated with this type of loan — typically it’s around 3 percent — and there’s a prepayment period. So let’s say you pay it off in three or four years. Alright, all of the sudden the cost now has ballooned on you because you’re taking a longer period of time to pay it off. Is there a prepayment penalty? When does that prepayment penalty expire? So you really have to read the fine print and then ask yourself, “Is this a tool that will get me out of debt faster than what I’m already doing?”

Vigeland: Either way, you need to start paying it off.

Farrell: It’s not that hard to write three bills a month frankly and if you’re reducing it and you’re not paying any extra fees, I would just focus on getting down that credit card debt.

TEXT OF GETTING PERSONAL (SECOND SEGMENT)

Vigeland: Alright, we’re back with Getting Personal and Chris, we’ve got Steve on the line from Ann Arbor, Michigan. Hi Steve.

Steve: How are you?

Vigeland: We’re doing alright. How can we help you today?

Steve: Well, I have some equity in my home that I would like to pull out to pay off some credit card debt. I don’t want to refinance because I’m locked in at a 30-year fixed at 5.625 which I don’t want to monkey with…

Vigeland: How much credit card debt are we talking about?

Vigeland: And how much home equity do you have?

Vigeland: OK, so Chris we’re talking a little under 50 percent of his current equity. First of all, is this a good idea and then let’s talk about the difference between a home equity line of credit and a home equity loan?

Farrell: Sure. I’m going to give sort of a mixed answer here. One way that a lot of people have gotten into trouble is putting too much of their debt on their home, their major asset, and getting themselves into financial trouble, whereas your current situation, you’ve got this huge chunk of credit card debt, but you also got a pretty solid asset with a home with a decent rate and the credit card debt is unsecured, I mean, the technical term, we call it unsecured. It’s just basically your income and your willingness to take that income to pay off that credit card debt. So when you put your home at risk to that to me I have to worry about what’s the risk/reward ratio here. So what I would do is go conservative. Perhaps you’ll take out a little bit of money off the home equity loan or a line of credit to, you know, really start breaking the back of that credit card debt, but maybe not to pay it off so that you’re not increasing your overall risk that much. Does that make sense?

Vigeland: Alright, so let’s go with the difference between a loan and a line of credit.

Vigeland: Alright. Thanks so much for the call.

Steve: Have a great day and thanks for the advice.

Vigeland: Thanks so much.

Vigeland: Chris, we got an email from Barbara in Fridley, Minnesota, and her mother died in 2003 and Barbara was in charge of the will there. Apparently, the estate was pretty simple and she made all of the disbursements and closed the estate by the end of 2004, so it took about a year. She’s wondering what kinds of records she needs to keep for this estate. I assume this would really all be for the purposes of Uncle Sam and the IRS.

Farrell: Well, I sort of have two answers to that. One is yes, I would keep them, and secondly, it’s part of a family history and frankly, it doesn’t take up that much room. So yes, I would keep it personally.