Kai Ryssdal: It might not look like it at first glance, but the housing bill is apparently the latest American export. Treasury Secretary Paulson said today the package is “a very important message we’re sending to investors around the world.”

Sometimes what’s important is not so much the substance of the message but how it’s perceived. Commentator David Frum says that’s especially true when it comes to government programs.

David Frum: It was Niccolo Machiavelli, I think, who suggested that while it was good to be virtuous, it was much more important to seem virtuous.

You can update this aphorism for modern Washington, D.C.: It’s good for a policy to be market-oriented, but it’s essential for a policy to seem that way. Two costly programs that otherwise might not have much in common at all share this “seeming” quality.

The first is cap-and-trade. That’s the remedy for climate change endorsed by John McCain and Barack Obama alike. Cap-and-trade limits carbon dioxide emissions. Companies that can reduce their emissions below the caps are then authorized to sell their unused credits to pollute. As companies buy and sell these allowances, a market comes into being — capitalism!

Except that almost everybody who has studied the system has concluded that this market-seeming approach is much less efficient and much more expensive than a straightforward tax. But taxes do not seem very market-friendly, so we’ll do it the wasteful way instead.

Those now notorious twins, Fannie Mae and Freddie Mac, are the second bit of market-mimicry. Fannie and Freddie are arms of the government, exempt from taxes and backed as the whole world now knows by a federal guarantee. The only thing market-oriented about Fannie and Freddie is the staggering pay level they offer their senior executives.

John McCain’s top economic adviser and many free-market economists argmue that if Fannie and Freddie are guaranteed by the government, they should be owned by the government. But Fannie’s and Freddie’s supporters on the liberal side resist this idea. They know that if Fannie and Freddie were perceived as government-owned, the two companies would never be allowed to compete with private firms. So the illusion that Fannie and Freddie are free-market entities must be preserved and the shareholders of these insolvent firms must be protected from consequences that no investor in a truly private-sector company would be allowed to escape.

That’s a pretend market, not a free market.

Ryssdal: David Frum is a resident fellow at the American Enterprise Institute. His latest book is called “Comeback: Conservatism That Can Win Again.” 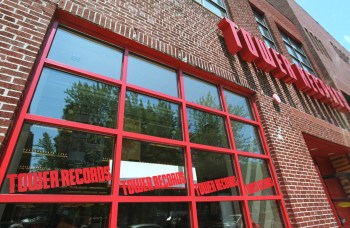 From the cash register to the corner office: is climbing the corporate ladder still possible?