This news item may very well end up in the “Too good to be true” bin, but it has a magic-bullet allure for alleviating global warming. . .

The Shell oil company is sponsoring a project to determine whether the long-held idea of adding lime to ocean waters to reduce CO2 levels in the atmosphere is economically feasible, according to the latest issue of Chemistry & Industry magazine.

Shell’s project coordinator Gilles Bertherin told the magazine that “We think it’s a promising idea. There are potentially huge environmental benefits from addressing climate change – and adding calcium hydroxide to seawater will also mitigate the effects of ocean acidification, so it should have a positive impact on the marine environment.”

When lime is added to seawater it raises the level of alkalinity, which increases the seawater’s ability to absorb CO2 from the air.

As of this posting, the C&I website had still not posted the article. But the Environmental News Network site picked up on it and has more. ENN says Exxon did similar research in the 1990s. It also quotes a researcher who found the process involved significant logistical difficulties, including some steps that would create about as much CO2 as would then be reduced.

But members of the current project say they have ways of working out those problems. Their website, Cquestrate.com, says they are approaching the research “in an open-source way.” So, if you’ve got any ideas, they’re apparently willing to hear them. And if it works out, you can say you helped save the planet. 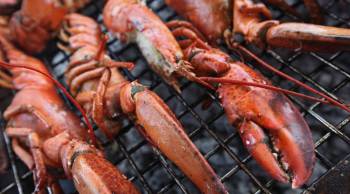