KAI RYSSDAL: Not too long ago you could find young hipsters in coffee bars knitting away at shawls and berets. Yarn shops were popping up in fashionable neighborhoods, and 20-somethings were organizing knitting circles. But it looks like the fad has passed, because those still in the market for needles and yarn are buying most of their wares online.

Carolyn Adolph reports that has some of those knitting stores spinning a sad tale.

CAROLYN ADOLPH: Davis, Calif., had two yarn shops. They were stacked to the rafters with quality yarn. Three years ago shops like these were full of knitters. Now they’re gone.

Maria Inglesby: So this is one that’s more . . . but do you see the colors?

ADOLPH: Can you spin that?

Inglesby: Yes, you can spin that.

Now she sells yarn from her house. She says she knew knitting would fall out of fashion, but not this fast.

The irony is, knitting’s boom was actually born in a recession, the one after 9/11. Worried women knit.
The National Needleworkers Association says yarn sales grew by 40 percent a year — unheard-of. That run-up peaked in 2005. At first there was business for everyone. A lot of neighborhood stores opened up. And a quarter of sales moved to the Internet.

Some yarn shops are finding a way to survive. Laura and Doug Zander will tell you it’s a lot of work. They own Jimmy Beans Wool, a shop in a strip mall in Reno, Nev.

Eighty percent of their business is now online. Jimmy Beans Wool isn’t just another Internet retailer. It’s a virtual knitting shop, with online tutorials and a toll-free number for human advice. Now they have reviews of knitting gear on YouTube.

Laura Zander says her online customers are busy people. No time for knitting lessons and no time to shop.

Laura Zander: How many people are doing video reviews of products? We have people who just said “It makes you feel like you’re in the store.”

Zander says she pulls Internet clients from New York City and Chicago, where women have big jobs and no time.

ZANDER: If they order it on Saturday, they’ll get it on Monday. You know, and the shipping is flat-rate: $4. And then no sales tax. Once they see all of those benefits, then we’ve got a returning customer.

That’s the go-big formula. But are there small-scale business models that work?

Maria Inglesby is trying something new. She travels to where the customers are by running knitting circles. She still tracks down quality yarn for her clients. Now she’s paid for her expertise as well.

At a cafe in Davis a dozen women gather around her. And one entire table wants to know how to stitch the end of a sock. 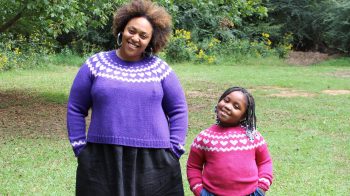 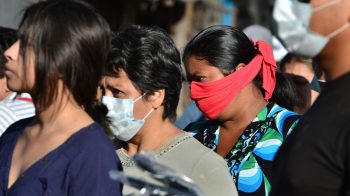