Kai Ryssdal: Letters begin this week with a seasonal subject: summer camps — of a sort. Lots of people wrote in after Benjamin Barber’s commentary about a shopping camp for girls in Louisville, Kentucky. Most found it less than wholesome. This guy from Akron, Ohio, didn’t have a problem with the idea so much…

Ryssdal: No, Camper John Duckworth took issue with the language.

Camper John: I want my word back. Camp to me means outdoors, nature and burning wood. Call them schools, seminars, workshops. I just want people to stop calling them camps, unless the participants are likely to return home smelling a little like wood smoke.

Ryssdal: If kids take pictures while they’re at camp and put them online with Flickr, they might get picked up by Getty Images, the photo agency. Perhaps with some kind of compensation involved, the deal Flickr and Getty announced last week could give wannabe photographers some exposure. But we heard from many more professional photographers and artists who said Flickr teaming up with Getty’s not such a good thing. Kevin Brennan’s a medical illustrator in Arlington, Massachusetts. He worries about that get lost in the shuffle, “orphaned” is the legal term.

Kevin Brennan: This Flickr-Getty partnership will make it easy to orphan an artist’s work. That person will have to register their copyright with a yet-to-be determined entity.

Ryssdal: We told you earlier this week about Rubbermaid and how it’s raising prices on some of its plastic containers. Our story itself contained one well-worn assumption about plastic, that it’s made with oil.

Sharon Kneiss: Fact is, in the United States, 70 percent of plastics are made from domestic natural gas, not oil.

Ryssdal: That was Sharon Kneiss from the American Chemistry Council setting us straight. While I was away a couple of weeks ago, Bob Moon and Diana Nyad chatted about Wimbledon, how Americans weren’t watching as much as they used to, maybe because there were no Americans in the final. They were talking specifically about the men’s draw, Rafael Nadal from Spain versus Switzerland’s Roger Federer. But listener tempers flared that they didn’t mention the all-American Williams sisters, Venus and Serena. Lorri Winchester of Anchorage, Alaska, spoke for many of you.

Lorri Winchester: Are you serious? Is there still only tennis and then some short-changed subset of women’s tennis? I cannot even believe this complete lack of acknowledgment.

Ryssdal: If you take issue with our hard-hitting coverage, on the court or off, drop us a line. It’s Marketplace.org. 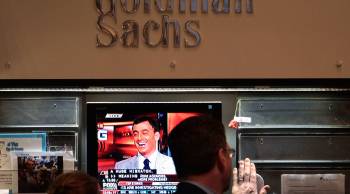