Scott Jagow: Tonight, Yankee Stadium hosts its final All-Star game. At the end of this season, the House that Ruth Built will be demolished after 85 years. A new ballpark is going up across the street at a cost of more than a billion dollars.

Of course, New Yorkers are at odds about what that means. Sally Herships reports from the Bronx.

Sally Herships: Just like the rest of New York, Bronx residents love the Yankees. But they’re not so hot on the team’s new stadium. They say the $1.3 billion project — partially financed with tax-free bonds — is too expensive.

But Bronx Borough President Aldolfo Carrion says it will be well worth it.

Aldolfo Carrion: This project will benefit the host community. It will benefit local businesses. It used to be that people would come and they’d zip into the stadium and they’d scoot back to their vehicles and leave. That will change.

There’ll be restaurants, a museum and eventually even a shopping mall. With all these new attractions, Carrion says visitors will have more chances to spend time and money.

The streets outside of Yankee Stadium are hot this time of year. Bail bond and law offices share the sidewalk with fast food restaurants, bodegas and bars.

In the Alta Vega sports bar, Alicia Rojas chats up some of her customers. She likes Carrion’s plan.

A few blocks down the street, Amin Pitchalow watches his store. He sells cell phones, CDs and video games. He’s not so optimistic.

Amin Pitchalow: It’s gonna be the same. It’s not like they’re bringing a new stadium to the area. The stadium is already in the area.

Pitchalow says his customers are residents, not Yankee fans, and he worries if the neighborhood gentrifies, his rates will go up.

Nicole Marwell of Columbia University specializes in New York City development. She says that local residents are meant to benefit from the plan, but they’re not.

Nicole Marwell: Who is actually getting the jobs? How many of those jobs are actually going to people who live in the poorest congressional district in the country in which the stadium is located? You know the tax coffers of the city and the state and even the federal government are really not coming out ahead on this project.

The Yankees have pledged to give $800,000 a year to local nonprofits. But Marwell says these agreements, like the entire stadium deal, are characterized by a lack of transparency.

In the Bronx, I’m Sally Herships for Marketplace. 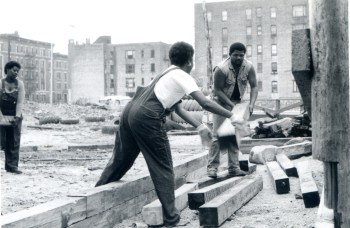 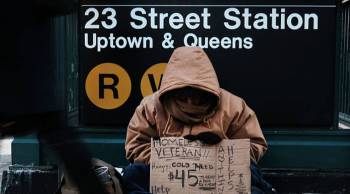