Scott Jagow: Now about the rumors that fly around in these panic scenarios. The Securities and Exchange Commission says it’s had enough of that and the gossip must stop.

Steve Henn: There is nothing worse than a nasty rumor, like arriving back at high school and hearing you’ve been seen…

Man: …dressed in cheerleading outfit and covered in makeup.

And that’s nothing compared to the rumor mill on Wall Street.

In the past year, Lehman Brothers lost 78 percent of its value. Executives there say a lot of the damage was done by vicious gossip spread by people shorting their stock.

If that’s true, it would be illegal, but Jim Doty a former general counsel at the SEC says proving it’s almost impossible.

Jim Doty: It’s always been an intractable problem for the commission.

J. Robert Brown, a securities law professor at the University of Denver, says now the SEC is trying another approach.

J. Robert Brown: So what they’re doing is they’re shifting the focus. They’re saying “If we think someone is out there spreading rumors, we’re going to go after them for having inadequate procedures.”

By forcing traders to prove they checked their facts before they talked down a stock, the SEC hopes to leave short sellers — at least temporarily — tongue tied. 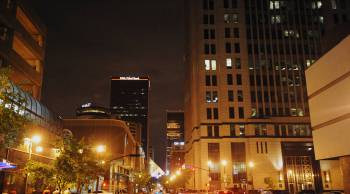