Kai Ryssdal: Alright, all you amateur photographers out there listen up, because this one’s for you and it might eventually mean a couple of bucks in your pocket.

The popular photo-sharing website Flickr has made a deal with Getty Images. Getty’s going to be able to go on Flickr, find pictures it likes and thinks it can sell and then start paying photographers for their work.

Jonathan Klein: We have a partnership with a very strong brand which has a tremendous amount of traffic where our customers are already playing and looking for images but they cannot license them.

About 27 million members share their photos on Flickr and 54 million visitors stop by to see them every month.

Now, Klein says, not all the members are going to get a Getty contract.

Klein: From a quality perspective, I would say it’s varied. There are two billion images.

Kakul Srivastava: The premium sort of traditional licensing models that are generally associated with professional photography. 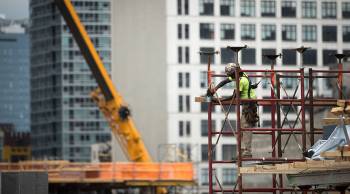