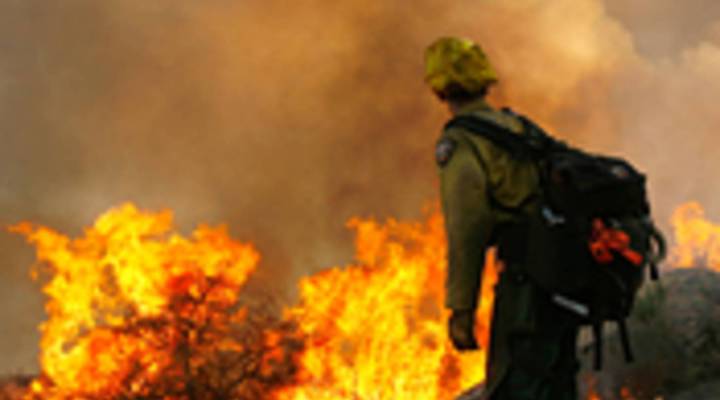 Scott Jagow: It’s way too early for wildfires to be roaring through California. The Santa Ana winds are more than two months away. But beautiful spots like Big Sur are already on fire. Stacey Vanek-Smith has more.

Stacey Vanek-Smith: More than 20,000 firefighters are battling blazes in California’s Central Coast. Putting out those fires could run into the hundreds of millions at a time when the Golden State is in the grips of a $15 billion shortfall.

Steven Levy is with the Center for the Continuing Study of the California Economy:

Steven Levy: There are two kinds of economic impacts: property damage, buildings burned down, bridges collapse. And then you have the Big Sur example where it could be two or three months. They could lose a season.

Tourism brings in about $2 billion a year to Monterey County, and is the area’s second-biggest industry after agriculture.

Levy points out cities and states can recover quickly from disasters like these because fires tend to affect undeveloped areas rather than business districts.