Tess Vigeland: If you’re planning a quick getaway the summer, maybe looking for somewhere new to stay, you might check out some online hotel reviews.

All the major travel websites have them: Expedia, Travelocity, Orbitz. There’s hotels.com, wheretostay.com, mytravelguide.com and there are similar sites for other goods and services.

But the reviews are often all over the map. Lenora Chu went browsing for clues on how to vet and sift through so many diverse opinions.

Lenora Chu: If you’ve had doubts about some of the reviews you read online, you’re not the only one. You never know who’s writing what and why, says Los Angeles Times consumer affairs columnist David Lazarus. Anyone can post a nasty review under the name John S. or Crystal M. So, did they really hate the service or are they just seeking personal revenge?

David Lazarus: Ex-wives, ex-husbands, disgruntled former employees… I mean, these are the bread and butter of the negative postings out there and that’s a very scary aspect of this.

On the other end, a business owner’s best friend or brother might have posted that glowing review, says Lazarus. Perhaps it was even a corporate plant. Fake reviews can be painfully obvious:

Lazarus: “Wow, retailer XYZ really knows pants and my inseams have never let me down.” Nobody talks like that! So when you see that sort of language, you know that’s probably not the real thing.

A Nielsen survey recently found consumers trust word-of-mouth recommendations the most, but when it came to getting those opinions online, the level of trust dropped 17 points.

So how do you sort through hundreds of reviews to get the straight story? Lazarus says that takes a little time and some common sense. Read as many reviews as possible and factor out the extremes:

Lazarus: It’s the ones that seem to walk down the middle, that can see the good and the bad, that, for me, tend to be the most trustworthy.

It also helps to hone in on websites that line up with your own values.

Lazarus: And that’s the real trick. Once you find those sites, you should cling to them, because you have found a community of which you are a member.

The online review site Yelp even encourages users to latch onto favorite reviewers and to read their profiles. Knowing a Yelper’s hometown or favorite movie might hint at whether you’ll like the same sushi joint. Also, check out the new summary charts for each establishment reviewed. One shows you how scores change over time. Another displays an aggregate of all the reviewers’ star ratings, says Yelp CEO Jeremy Stoppelman:

Jeremy Stoppelman: How are the reviews dispersed, how many five stars are there, how many three stars, which is also really useful data in trying to understand how this business is performing.

At San Francisco’s Chancellor Hotel, manager Wes Tyler spends hours on TripAdvisor reading reviews that his guests write. He’s seen everything from “A+++!!” to “Manager’s a jerk!” His advice to consumers? Trust an opinion when several reviewers are saying the same thing.

Wes Tyler: You don’t know who these people are. These are not your friends or neighbors or people that know you and you don’t know them.

Chu: Just take it all with a grain of salt?

Tyler’s proud that TripAdvisor reviewers consistently give his San Francisco hotel a top 10 rating. But that’s taken a lot of hard work and graciousness. In the rare instance that the hotel didn’t live up to its billing, he’s offered a free night’s stay. 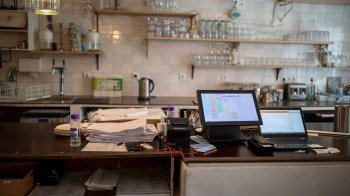 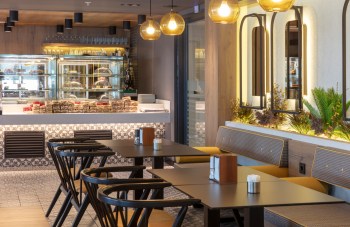