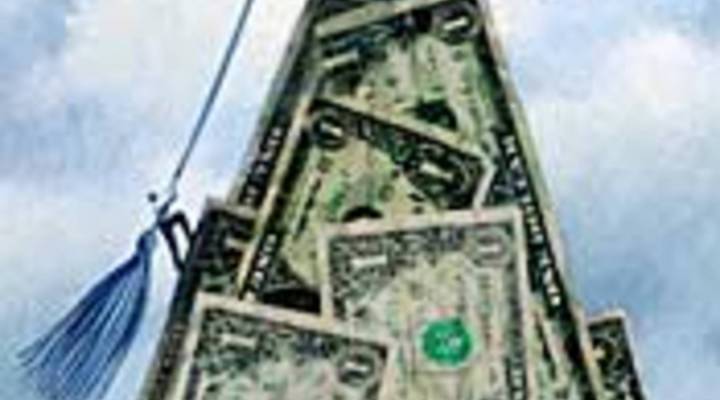 A bit of rate relief for students

A bit of rate relief for students

Bob Moon: It’s been a challenge finding much good news about student loans lately. More than 100 private providers pulled out of the student loan market this year and now Uncle Sam is coming to the rescue with a beefed up program for federally subsidized loans.

In fact, college could become more affordable for 5.5 million students expected to apply for those loans this year.

Tess Vigeland is the host of our weekend personal finance program Marketplace Money and she’s here with the good news: Interest rates on many of those loans are set to fall, starting tomorrow.

Moon: So what exactly happens tomorrow?

Vigeland: Well, you know, July 1 is a really big day each year in the student loan world. Interest rates change, as do some of the other terms of various student loans. This year, it’s an even bigger day because since last year, we’ve seen interest rates drop significantly — as you know, the Fed has been cutting and cutting and cutting — so if you’re looking to get a new loan — say you’re heading off to school in the fall — your fixed rate on a Stafford is going to be lower than last year’s freshmen got. If you’re looking to do some loan consolidation, it’s also a good time to lock in a lower rate. And Bob, some two-thirds of undergrads from four-year colleges leave school with this kind of debt. As of 2004, the average bill they left with: More than $19,000. So anything you can do pare that back is a good thing.

Moon: OK, give me the good news. What kind of rates are we talking about?

Vigeland: Well, as you know, the student loan world is populated with all kinds of options, from federally subsidized programs to private lending. A couple of the key factors here are that the fixed interest rate for new subsidized Stafford loans will go from 6.8 percent to 6 percent. That’s a pretty decent drop. That benefits, again, new borrowers. If you’ve already got Staffords and you’re currently in a loan with a variable rate and that is anyone who borrowed before July 1, 2006, the variable rate will drop to 4.21 percent. You know what it’s at now? 7.22.

Moon: OK, but when I hear “variable rate,” the hair stands up on the back of my neck here. Does that mean if rates start going up that you could end up paying more?

Vigeland: No. That’s another change here that really benefits the student. If you consolidate starting tomorrow under the new 4.21 percent rate, that rate is going to lock in. And here’s an important point for those who are in school now or are about to graduate into their six month grace period after they graduate (so they haven’t started paying yet): The new rate will be just over 3.6 percent, so it’s an even bigger deal for those who are about to graduate. So again, anyone who got these loans before July 1, 2006, this is an opportunity to save quite a bit on interest.

Vigeland: Unfortunately, you are out of luck. The rate is then fixed at 6.8 percent and there is really no reason to bother consolidating.

Moon: Now what about all those lenders who have stopped offering student loans or won’t do consolidation loans anymore?

Vigeland: Yeah, you know, this credit crunch, among other things, has prompted all kinds of private banks and other lenders to say, “You know what? We are getting out of the student loan business” and that has not been good for people who want to borrow. One solution — and again, this is just for your federal loans — is to consolidate into the government’s Direct Loan Program through the Department of Education. You won’t be able to do this with your private loans; if you want to consolidate those, you will have to work with the banks, but for your government loans, there is still a government consolidation program that could save you thousands of dollars over the years.