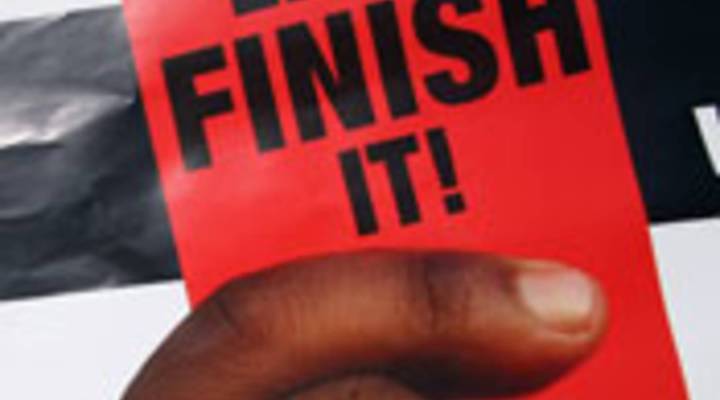 Tess Vigeland: Zimbabwe’s opposition leader Morgan Tsvangirai has dropped out of the country’s presidential run-off election. It’s scheduled to take place on Friday. Tsvangirai fled to the Dutch Embassy in Harare yesterday as police descended on his party’s headquarters.

The government says it will go ahead with Friday’s balloting despite calls from UN Secretary General Ban Ki-moon for a postponement. There is also now renewed discussion of economic sanctions against President Robert Mugabe’s regime.

Joining us now from South Africa is reporter Gretchen Wilson.

Vigeland: So how can the UN, the African Union, Western countries, try to apply some pressure on Mugabe?

Wilson: You know Tess, I keep thinking about Hamlet when he said, “Words, words, words.” Words are one way that countries are trying to exert pressure from the sidelines. Today France’s foreign minister said the election in Zimbabwe without the opposition candidate would be “the biggest denial of democracy that Africa has ever known.” But, of course, words can only go so far as you know, so economic sanctions are one of the other ways to isolate President Robert Mugabe and his 28-year-old regime. The African Union and Southern African Development Community — that’s a regional block here in Southern Africa — are now seeking to figure out what to do and economic sanctions may be part of that package. So far they haven’t exerted any economic sanctions on the country, whereas the United States, the European Union and Australia have put into place a series of economic sanctions that target Mugabe and his senior officials.

Vigeland: Well Gretchen, have economic sanctions worked in the past?

Wilson: Not really. E.U. sanctions really have put a travel ban on Mugabe and more than 100 of his senior officials, but they haven’t really worked because there’s a lot of loopholes. So most of the sanctions include regional arms embargoes, travel and study restrictions and seizing or freezing the personal assets of a lot of Zimbabwean senior officials and these really haven’t done much because the sanctions have actually reinforced President Robert Mugabe’s rhetoric around what he calls “illegal sanctions.” At political rallies and state media, he oftentimes refers to the fact that these illegal sanctions are the reason why the economic situation in the country has plummeted in recent years. So a lot of average Zimbabweans only know that sanctions exist against the country; they don’t know that they’re actually targeted at President Robert Mugabe and his senior elite.

Vigeland: Then what would make them work now?

Wilson: Well, anything that’s put into place by the United States or the European Union or the West or the United Nations really has to be backed up by Zimbabwe’s neighbors in Africa. Up until now, other African countries, as I said, haven’t exerted economic sanctions on the country and in fact, many of Zimbabwe’s neighbors actually have been subsidizing the country through its economic downfall. These countries supply Zimbabwe with electricity, with basic goods and services, because ideologically they see that the country has been isolated from the west and they want to support the people of Zimbabwe. And that’s always the issue with sanctions: How do you exert pressure on a particular regime and try to change that regime without affecting the average people on the ground?

Vigeland: Then what do you think we can expect as we move forward in this situation?

Wilson: Well, I think over the next couple of days we’re going to have a real wait and see approach because the fact of the matter is there’s a diplomatic storm that’s been created in these last few days. Today, there was a raid on the opposition party’s headquarters and 39 people or more were taken away by police in riot gear. This really points to the fact that this crackdown on opposition supporters doesn’t show any signs of letting up even though the election has been called off for the moment. 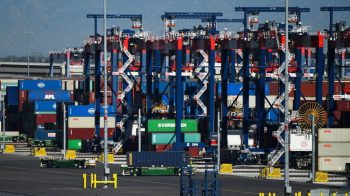