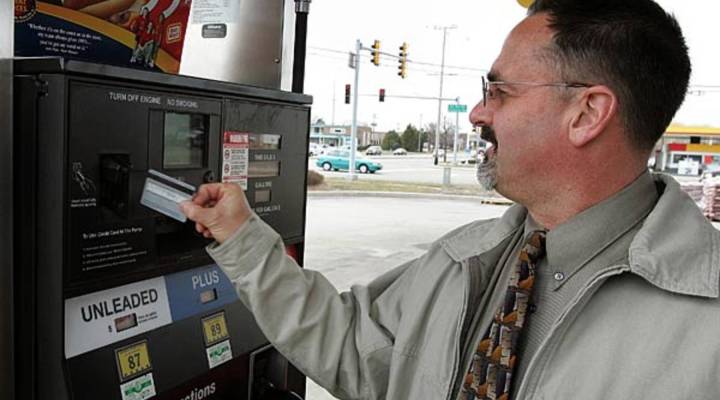 BOB MOON: You may not believe this, but the higher gasoline prices go, there’s a good chance your corner station is almost giving it away. Consider this: They have to buy thousands of gallons of ever-pricier product to keep their pumps full, and then they have to compete penny for penny with discount giants like Costco. But here’s where their margins really get shaved: More expensive gas also means retailers are shelling out more in credit card fees. We sent Stacey Vanek-Smith to an independent station to “give us a fill” on this.

Stacey Vanek-Smith: My car is not fuel efficient. So the $4.70 it costs for a gallon of gas in Los Angeles has been hard. It’s been hard for gas stations, too, like the Magic Gas and Cafe, which has no gas today.

Vanek-Smith: OK, well, all the pumps are out of order.

Actress Heidi Darchuk was trying to fill up, too.

Heidi Darchuk: Right now I’m totally out of gas. I don’t know if I can even make it to the other gas station.

Expensive fuel means it can be hard for independent gas stations to afford to keep their pumps full. It also means they are paying more in credit card fees.

JEFF LENARD: Retailers are losing money every time they sell a gallon of gas and you pay by credit card.

Jeff Lenard is with the National Association of Convenience Stores. He says gas stations make about 12 cents a gallon on gas, when a customer pays with plastic, about 10 cents of that goes to the card company.

LENARD: As prices have risen, we’ve seen a dramatic increase in the use of plastic. So the hit is double with the rising prices.

But MasterCard says stores attract customers by taking their card. And, it says, its 2 percent fee hasn’t gone up. Going cash-only is pretty impossible these days says the National Retail Federation’s Mallory Duncan. He says card companies know this.

Mallory Duncan: It’s hard on everyone, but it’s particularly hard on the independents. Independent gas station owners have actually made less than the credit card companies have off the sale of gasoline.

Last year gas stations and convenience stores paid more than $7.5 billion in credit-card fees, about double what their profits were. Those profits mostly come from the sale of food and drinks, like this Coke I went inside to buy.

VANEK-SMITH: Can I pay with a credit card?

Now if I could just find some gas! 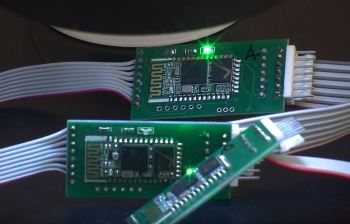