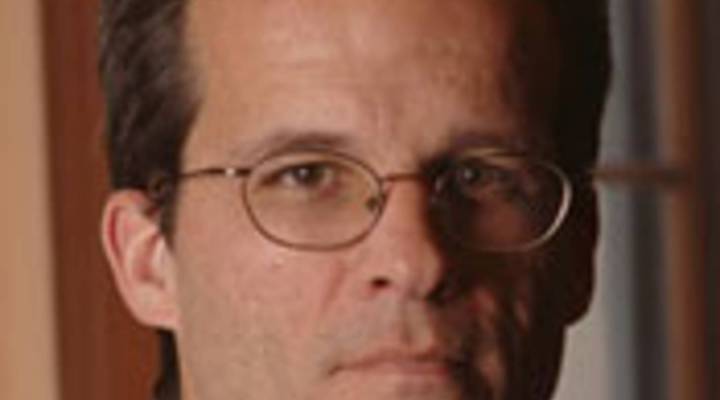 Tess Vigeland: Dave is far from alone in facing the possibility of bankruptcy. As we already mentioned, the statistics are growing.

More than 91,000 people filed for it just last month. The American Bankruptcy Institute predicts new bankruptcies could exceed one million cases this year.

We’ve asked Professor David Skeel to join us for some answers and background. He teaches finance and law at the University of Pennsylvania.

Welcome back to the program.

David Skeel: Thanks for having me. It’s great to talk with you again.

Vigeland: So we’ve just heard from Dave who is in a really serious situation and contemplating the possibility of bankruptcy. When is a negative situation that bankruptcy becomes really the most appropriate step?

Skeel: Well, the usual situations where you see people filing for bankruptcy are situations where they’ve had a sudden, catastrophic change in their life, usually something like losing a job or a divorce. If you have that sort of a catastrophe and you have debt that there’s simply no way imaginable that you could pay off, that’s the situation where bankruptcy makes the most sense. The harder call is where you do have some income, you have enormous debts and its not clear whether you can make it or not and in those situations, I really think you have to look at all of the options a bit more carefully and if you’re thinking about bankruptcy, there are some real downsides to it. One is that any debt that you have secured by a mortgage on your primary home, you’re not going to be able to affect in bankruptcy, you’re not going to be able to reduce it in any way through the bankruptcy process.

Vigeland: Well, for Dave, he certainly painted a picture of not being able to pay the most basic bills. Does that sound like a situation for bankruptcy?

Skeel: Well, it sounds like a situation where he ought to seriously think about talking to a bankruptcy lawyer.

Vigeland: You know, there were some changes to the bankruptcy laws a couple of years ago that were supposed to make it harder for people to declare Chapter 7, Chapter 13, but it seems like we’re seeing a lot more filings for relief these days. Is that true?

Skeel: We really are. Before the 2005 changes, there were two million non-business bankruptcy filings. The year after that there were a little less than 600,000. Last year, we were over 800,000. This year, it looks like we might be back up to a million. So there’s no question bankruptcy filings are going up. To the extent the law was designed to reduce the number of filings, it sure doesn’t seem to be doing that.

Vigeland: So what was in the law that was supposed to kind of put a damper on this sort of effort?

Skeel: Well, there were a number of different things. The one that was billed as discouraging people who ought not file for bankruptcy was a provision known as a means test and what that is is a provision that determined whether you can repay some of what you owe and if under the means test the court concludes that you can repay some of what you owe, you often will be forced to file for Chapter 13 — this is the repayment option — and the thought was people who are using bankruptcy strategically will think twice as a result of this kind of provision. There have always been a few people like that, but my sense always was that the vast majority of people who file for bankruptcy probably needed to file for bankruptcy. Unfortunately, the biggest effect of the 2005 changes was just to make bankruptcy more costly.

Vigeland: Well David, thanks for helping our listener, Dave in Maryland with his situation and giving us the rundown on what’s going on with bankruptcy these days. Appreciate your help.

Skeel: It is my pleasure.

Vigeland: David Skeel is a professor of corporate law and bankruptcy at UPenn.