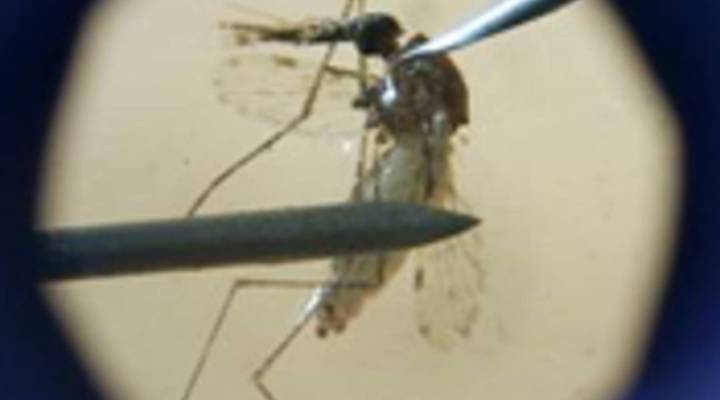 Help fight malaria by contracting it

Help fight malaria by contracting it

Renita Jablonski: A million people worldwide die from Malaria every year. More organizations are collecting money for things like mosquito nets to help protect people in parts of Africa and Asia from the disease.

In Seattle, some people are deciding to get the disease themselves in an effort to help.
Would you do the same for about $2,000 or so? Oregon Public Broadcasting’s Ethan Lindsey has more on a lab with some unusual testing methods.

Ethan Lindsey Think of this place as a “malaria hotel.” But instead of paying a nightly rate, guests will get compensated several thousand dollars for their stays. That’s because these accommodations will include mosquitoes infected with malaria.

Dr. Patrick Duffy: We put the mosquitoes into a small ice cream container — just put that next to somebody’s skin and the mosquitoes will feed on their skin.

Doctor Patrick Duffy could be considered the innkeeper. His actual job title is the Director of the Malaria Program at the Seattle Biomedical Research Institute. It’s one of the world’s top malaria research centers. That’s in large part due to the Gates Foundation. They’ve donated $350 million to the development of a malaria vaccine.

Malaria can causes flu-like symptoms and is often deadly. Duffy says a vaccine is now possible, and would save millions of lives.

Duffy: The reason people that people are interested in this is their awareness of the suffering. And to be presented in our community, Seattle, where we don’t have any malaria, with the opportunity to do something, I think that that inspires people.

He says he thinks some volunteers are interested in a quick, though not necessarily painless, thousand-dollar payday. The lab will give subjects a trial vaccine, and then infect them with malaria. Duffy says for a week, people can go to work, ride the bus, sleep next to their spouses. Then, they get put up in the hotel.

If the vaccine doesn’t work, they’ll be given a drug that will cure them. Duffy says his lab has gone the extra mile to ensure safety.

But despite the safeguards, volunteers shouldn’t think it’s just another way to make a buck. Or so says Buddy Ullman, a malaria researcher at Oregon Health and Sciences University:

Buddy Ullman: People are getting paid a lot of money to get exposed to the malarial parasite, and some of these people will get sick. The listeners do not want to acquire falciparum malaria, that’s not a fun disease.