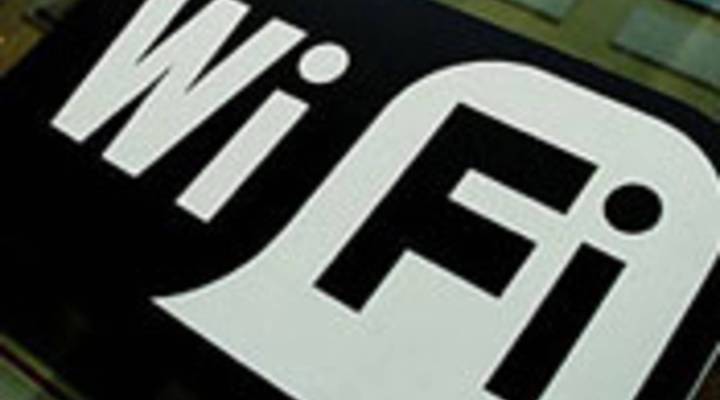 Kai Ryssdal: Two years and $17 million later, wireless Internet in Philadelphia’s scheduled to expire tomorrow. The city had grand plans for what it hoped would be a national model for what’s called municipal Wi-Fi, high-speed Internet pretty much anywhere in the city for a fee if you could afford it, free if you couldn’t.

But Earthlink, the Internet Service Provider that won the contract, couldn’t get the numbers to add up in a way that would make ’em money on the deal, so tomorrow, it’s going to pull the plug.

Stacey Vanek-Smith: It’s a sunny day on the Third Street Promenade in Santa Monica, California. The popular outdoor shopping area is packed with musicians, skateboarders and shoppers, and everywhere you look, people are on their laptops.

This was supposed to be the scene in cities like Philadelphia, San Francisco and Portland. They all teamed up with private companies to blanket their cities with Wi-Fi. The idea was to give low-income residents free access to the Internet and attract businesses. One after another, the projects failed.

Craig Settles: It was building a model on shifting sand.

Consultant Craig Settles works with cities to develop municipal Internet systems. He says the problem has been the business model. In Philadelphia’s case, Earthlink covered the cost of setting up the $17 million network and charged a nominal fee for the service. The company was counting on advertising to recoup its investment. It also planned to raise rates eventually, but, Settles says, the plan cost too much and brought in too little.

Settles: Ultimately, the vendor has to make money for what they’ve sold to the community. I mean, anyone who says, “This should be this benevolent thing that the city does,” well, that’s great, but somebody has to pay for that.

Under the new Wi-Fi model, cities like New York City, Corpus Christi and Oklahoma City start small, using the Internet for municipal business where it can reduce cost before rolling it out to the public. They’re also investing in their own systems. Santa Monica spent a half-million dollars to build its own fiber-optic network about five years ago. It’s using its system to do things like synchronize traffic lights and cut down on legwork for police officers and other public employees.

Jory Wolf: We were able to take that network and the $500,000 investment and almost make our money back in year one. We’ve saved a bundle of money.

And made a bundle. Santa Monica leases its fiber optic network to businesses at lower prices than private companies offer. Wolf says that’s bringing new business to the city. So is free public Internet access.

Wolf: At first the public Wi-Fi piece was going to be sort of like a giveaway; we didn’t really see it as integrated in with our entire solution. But then we saw how important getting businesses to buy in.

And the incentives for businesses are growing now that most consumers have gone wireless with iPhones, BlackBerrys and laptops.

Glenn Fleishman is the editor of “Wi-Fi Network News.”

Fleishman says free Wi-Fi can draw people to areas where they’ll spend money at local businesses. He says that could encourage more cities with municipal broadband to go public.

Back on the Third Street Promenade in Santa Monica, law student Bud Jerke and roommate Jason Rize work their laptops over coffee at a local cafe where they plan to become regulars.

Jason Rize: Makes you want to come back here.