Bob Moon: Big oil stands to make billions of dollars in windfall profits from the royalty concessions it gets from the federal government — read that “the American taxpayers.” That’s the bottom line of a report released today by the Government Accountability Office.

During the 1990’s Congress gave oil companies a pass on royalty payments in order to encourage deep-water drilling in the Gulf of Mexico and many in Congress regret it.

Sarah Gardner: Drilling for oil in deep water is expensive and risky, so back in 1995, Congress waived royalty fees on Gulf of Mexico drilling to encourage it. Those fees would kick in if oil prices rose above a certain threshold.

But for two straight years in the late 90s, the Interior Department mistakenly omitted the price trigger clause from a thousand offshore leases, and now, an oil company lawsuit is challenging the government’s authority to impose price triggers at all.

Frank Rusco led the GAO report and says the omissions and litigation could add up to big losses for taxpayers.

Frank Rusco: The foregone revenues we think could be as high as $53 billion in total when you account for what has already been lost, what might have to be paid back and what might be foregone in the future.

That estimate is based on $100 a barrel oil, a number few in Congress imagined when they first granted royalty relief. But with gas prices and oil company profits soaring, many in Congress are furious about all the lost revenue.

Ed Markey: When Americans pull up to the pump, Big Oil is reaching into one pocket for gas money and into the other pocket for tax dollars that allow them to drill for free on public land.

Several oil companies have renegotiated the terms of the flawed leases, but the industry’s main trade group today defended the Royalty Relief Act as important to increase production and national security. 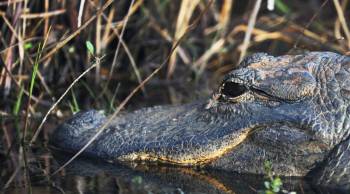